A steady decline in the dollar has accelerated in recent weeks 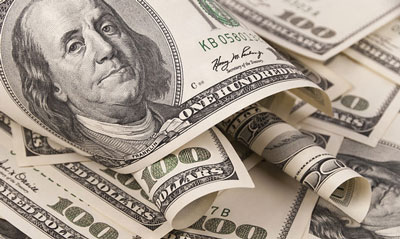 A steady decline in the dollar has accelerated in recent weeks, as a resurgent coronavirus outbreak in the United States and improving economic prospects abroad sour investors on the currency.

The buck is down 8% from its highs of the year against a basket of currencies and stands near its lowest level since 2018. Net bets against the dollar in futures markets are approaching their highest level in more than two years.

“The dollar is hanging by a thread,” said Mazen Issa, senior currency strategist at TD Securities in New York. “At this point, the dollar-weakness mindset has become deeply entrenched.”

A range of factors are driving the U.S. currency’s decline. For years, expectations that the United States would outperform other economies kept the dollar elevated against many of its peers.

That performance gap is increasingly expected to narrow. European Union leaders earlier this week clinched a massive stimulus plan and have been largely successful in their efforts to contain the coronavirus. Meanwhile, outbreaks across large swaths of the United States have all but extinguished hopes of a quick economic turnaround there.

Analysts at Société Générale expect real gross domestic product growth in both the United States and Europe to take big hits next year. Yet they project a 5.2% rebound for EU growth in 2022, compared with a 2.5% bounce in the United States. The euro EUR=EBS is up 9% from its lows of 2020.

“Investors don’t know what the U.S. is doing” regarding the coronavirus pandemic, said Richard Benson, co-chief investment officer at Millennium Global Investments in London. “That has been a big drag on the U.S. dollar.”

His firm began betting on a weaker dollar and stronger euro in May.

At the same time, the Federal Reserve has said it intends to keep rates at historic lows, narrowing a gap in yields between the United States and Europe that has boosted the dollar over the years.

Low U.S. yields have also raised the allure of investments such as gold, which normally struggles to compete with yield-bearing assets. Prices for the metal are up 23% for the year.

Emerging markets, where yields tend to be higher, have also drawn their share of buying. The MSCI Emerging Market Currencies index .MIEM00000CUS is up 4.5% from its lows.

“There are other places that are doing much better than the U.S. on dealing with the COVID crisis,” said Issa, of TD Securities. “You are likely to see growth in those areas much sooner.”

Past occurrences of the Death Cross have been followed by a period of dollar weakness eight out of nine times since 1980 when the 200-day moving average has been declining, he said.

A weaker dollar will likely come as a relief to U.S. exporters, as their products become more competitive abroad when the dollar weakens. A falling dollar also makes it less expensive for U.S. multinationals to convert earnings back into their home currency.

President Donald Trump has at times railed against the dollar’s strength, though he appeared to have warmed to a strong currency in May. (LINK)

Not everyone believes the dollar’s weakness will be long-lasting.

Momtchil Pojarliev, head of currencies at BNP Asset Management in New York, said the market has been overly optimistic on how Europe has handled the virus.

Still, he has reduced his U.S. dollar bets.