This information comes from data on rents and house prices published by Eurostat. The article presents a handful of findings from the more detailed Statistics Explained article on housing price statistics. 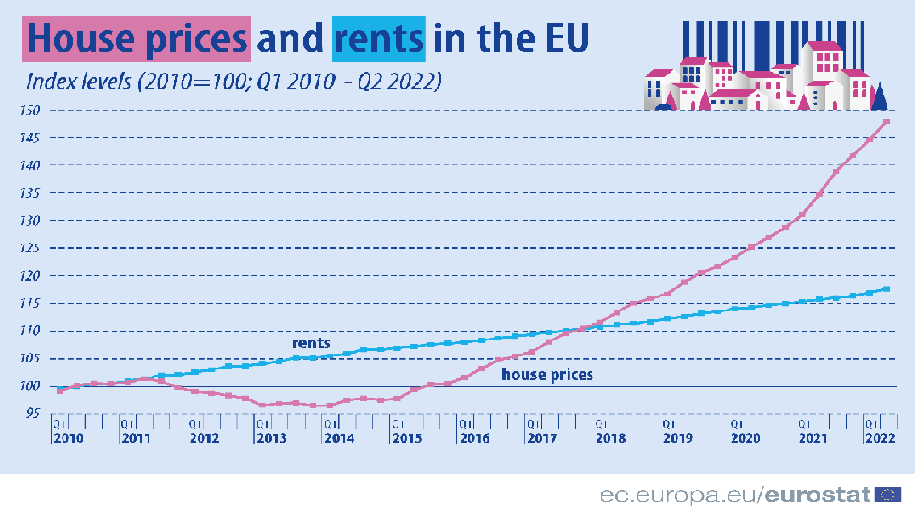 When comparing the second quarter of 2022 with 2010, house prices increased more than rents in 19 EU Member States. 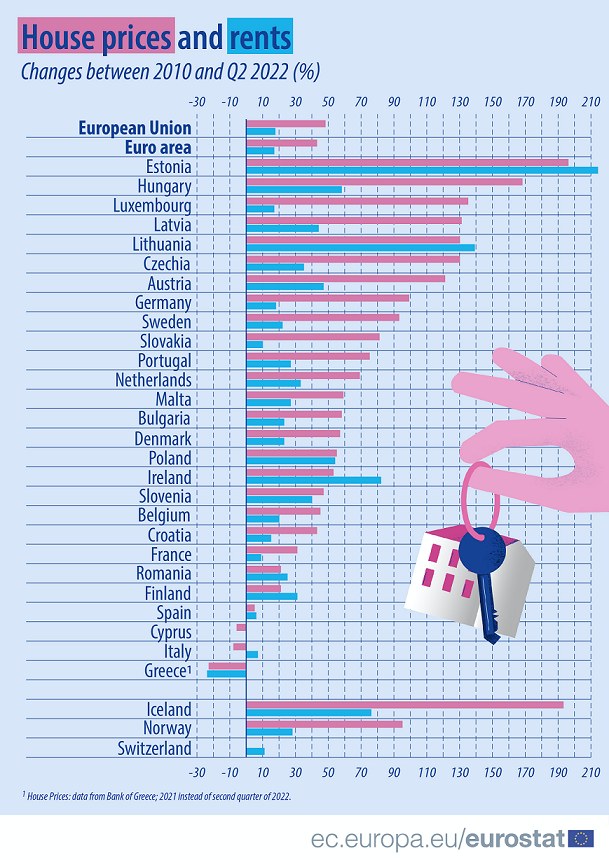