House prices in the euro area rose; These are the countries with the highest increases 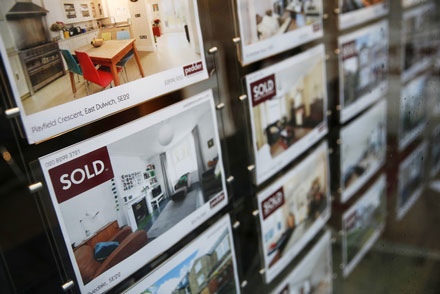 House prices, as measured by the House Price Index, rose by 4.3% in both the euro area and the EU in the second quarter of 2018 compared with the same quarter of the previous year. These figures come from Eurostat, the statistical office of the European Union. 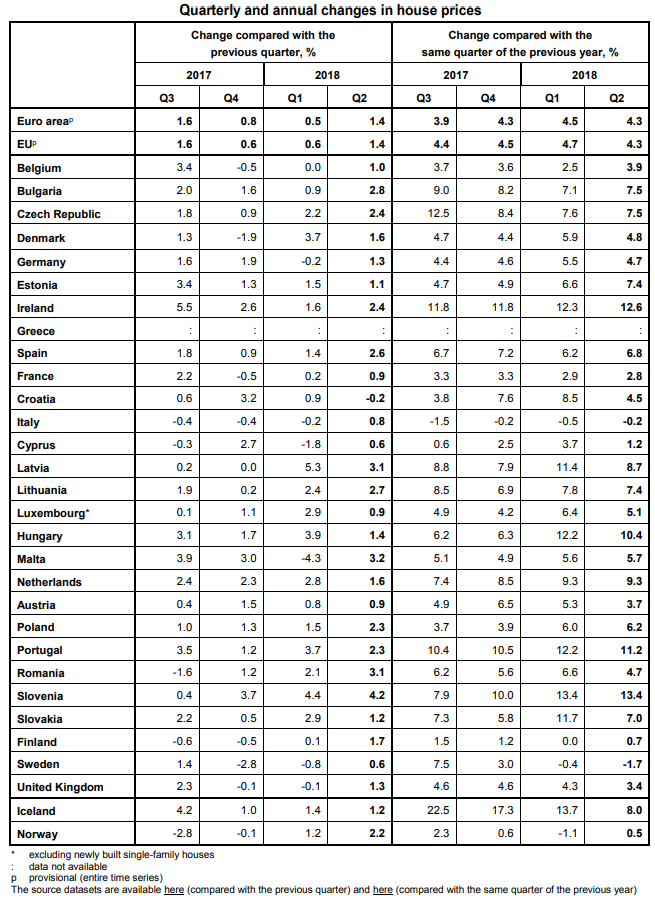 The data refers to the euro area and EU country compositions at a specific point in time. New Member States are integrated into the aggregates using a chain index formula.

Methods and definitions
The House Price Index (HPI) measures the price changes of all residential properties purchased by households (flats, detached houses, terraced houses, etc.), both newly built and existing, independently of their final use and independently of their previous owners. The Member States’ HPIs are compiled by the National Statistical Institutes. The euro area and the EU aggregate HPIs are compiled by Eurostat. HPIs are computed as annually chained indices with weights being updated each year. The European HPI aggregates are currently calculated as weighted averages of the national HPIs using as weights the GDP at market prices (expressed in millions Purchasing Power Standards – PPS) of the countries concerned.

The figures are not seasonally adjusted.

Missing country data is estimated by Eurostat using data from non-harmonised sources. These estimates are not published but are used to calculate euro area and EU aggregates.