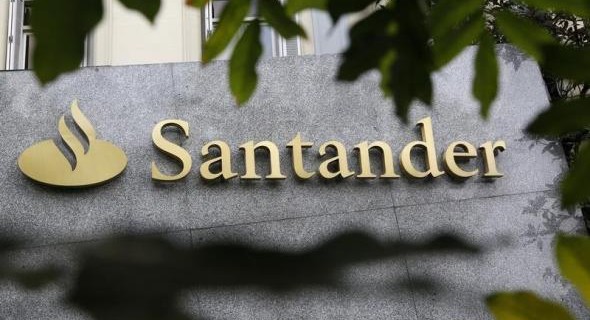 Across Spain, the message is hard to miss in office windows showcasing offers: banks want to lend to small companies again.

After gorging on property lending in the run-up to a financial crisis, banks are looking to revive high-margin loans to businesses as the economy emerges from a prolonged slump and bond-trading income slumps.

But intense competition among lenders only just pulling back from a turf war on deposit rates risks taking the shine off the turnaround, companies and analysts warn.

A fight to win over clients will likely squeeze the margins many hope to make from lending to small and medium-sized enterprises (SMEs), which are typically charged higher interest rates than larger, less risky businesses.

Hard-pressed small companies, meanwhile, might still miss out as banks, burned by borrowers defaulting during the crisis, remain selective.

“The big challenge will be that banks will be competing for the best SMEs, but we need to see lending to the rest of the economy in order for the banks to increase their recurrent revenues,” said Rui Croca, analyst for European banks at ratings agency DBRS.

Getting the lending strategy right will be important to the recovery of the Spanish banking sector after a 2008 real estate market crash and a five-year downturn that gutted earnings and left some in need of state rescues.

Much of Europe has been gripped by a credit crunch. Banks have been cutting lending as they strengthen their capital, but they also blame weak demand.

It has been a particular issue in Spain, however, where SMEs make up more than 99 percent of all companies, employ more people and contribute more to the economy than the European average, according to data from the European Commission.

New lending to SMEs has fallen some 65 percent in the past six years, or by more than 320 billion euros ($442 billion), according to small business association Cepyme.

It said interest rates stood at an average of about 5.4 percent for small businesses, more than double the 2.5 percent on loans to bigger Spanish companies and above the 3.8 percent average charged to SMEs across the euro zone.

Spain’s top seven listed banks, which are due to report first-quarter earnings starting with Bankinter (BKT.MC) on April 23, have said they want to fill some of the lending gap, after Spain emerged from recession in the second half of 2013.

From Santander (SAN.MC) to bailed-out Bankia (BKIA.MC), the banks are stepping up campaigns to win clients, with several launching programs in recent weeks totaling at least 80 billion euros in loans aimed at small firms.

Most of the top seven suffered a drop last year in recurring net lending income as credit fell, and instead many reported a leap in trading gains.

Many have relied on the “carry trade”, using cheap European Central Bank funds to buy higher-yielding Spanish sovereign bonds. But that crutch is disappearing as banks shrink these exposures ahead of Europe-wide health checks.

Some lenders recognize that industry rivalry and falling rates on loans could limit their upside.

“Of course we are going to notice pressure on margins,” said Santander CEO Javier Marin as he unveiled a plan in March to expand new lending to small companies by 24 percent to 30 billion euros this year. Santander aims to lend the funds at between 3 percent and 5 percent.

Banks usually make more from lending to companies than on home loans. On new mortgages in January, Spanish lenders earned an average 2.59 percent over the Euribor reference rate which tracks the average interest euro zone banks charge each other to borrow, according to a recent report from JPMorgan.

That compared with 4.74 percent over Euribor on corporate loans of under 1 million euros.

So far there is little evidence of a step change in lending. New company loans of under 1 million euros were up 6 percent in February compared to a year ago, Bank of Spain data showed, but those above that threshold were down 32 percent.

Many banks predict their total loan stock will keep falling in 2014, as borrowers, including households, pay off debt.

“The circumstances don’t really lead us to be able to predict a rapid reactivation of credit, although it is likely we will see a slight improvement this year,” Cepyme Chairman Jesus Maria Terciado wrote in a recent article.

Cepyme has estimated that at least 50 percent of the 240,000 small companies that ceased to trade in Spain between 2008 and 2013 closed because of a lack of financing.

Across Europe, this shortage has pushed businesses to seek alternatives, such as private equity loans.

Spain’s center-right government, which last year called on the ECB to create a cheap funding scheme for SMEs, has also recently passed measures to try to ease companies’ access to bond markets and other financing avenues.

Small companies which export – about 150,000 businesses, according to Santander’s Marin – may be the biggest beneficiaries of banks’ fresh lending attempts. Spain had well over 1 million SMEs at the end of 2013.

“It’s true that we’re all talking about exports. But we’re not going to leave aside any SMEs for not being exporters,” Marin said.

Analysts said banks still had incentives to restrain lending, however, as they face Europe-wide health checks later this year.

“Banks probably need to start taking some risk, though they are going to be cautious as they are subject to the European stress tests,” Croca at DBRS said.

(By SARAH WHITE and JESUS AGUADO)