A Case of Piketty Fever at the OECD 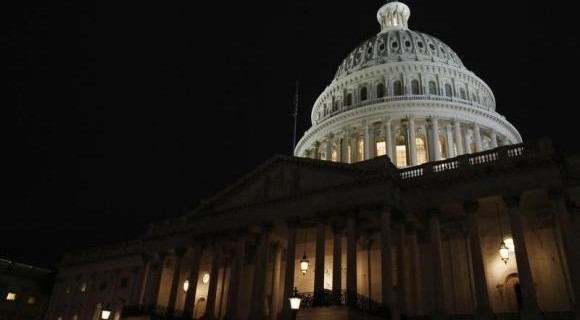 The French economist Thomas Piketty has become something of a rock star with his recent book on inequality, and now the Organization of Economic Cooperation and Development has embraced his data and ideas in a freshly-issued report. The think tank of developed economies makes tax policy recommendations based on Piketty’s analysis, despite a major flaw: His failure to account for social transfers as a source of income.

The OECD report uses data from the World Top Incomes Database, put together by Piketty and his collaborators at the Paris School of Economics. Information gleaned from tax returns filed in 28 countries shows that in the U.S., the share of the richest 1 percent in total income has increased from 8.2 percent in 1981 to 19.3 percent in 2012; other English-speaking countries also showed large increases in inequality measured in this way; and even the socialist welfare states of Northern Europe have seen the share of the top 1 percent jump. In Sweden, for example, the figure grew from 4.1 percent to 7.1 percent over the same 31-year period.

The share of the creme de la creme, the top 0.01 percent, has also been growing, according to Piketty’s database. In the U.S., it reached 8 percent of total income in 2010.

The financial crisis of 2008 dealt the rich a brief setback, but as soon as the economy bottomed out, they went right on getting richer. The OECD lists three major reasons for this: the globalization of the labor market for top talent, the rise of the financial sector and the decline in top statutory tax rates. These have fallen from an OECD average of 66 percent in 1981 to 43 percent in 2013. Since the decline in top bracket tax rates is strongly correlated with the growth of the top 1 percent’s income share, the natural conclusion is that the taxes need to go back up.

The OECD doesn’t go as far as to recommend wholesale tax increases. It does, however, support Piketty’s idea of “harmonizing labor and capital income taxation.” It also calls for a closer look at inheritance and property taxes, and a clampdown on “treaty shopping” and other forms of tax minimization.

The OECD does list some of the limitations of Piketty’s dataset, including tax evasion and the fact that taxes are reported and charged in different ways across countries. It also reminds readers that in developed countries, a large part of the incomes of the lower 99 percent comes in the form of transfers from the government and is not taxed.

Scott Winship, a social policy expert at the Manhattan Institute, has already pointed out that in the U.S., Piketty’s data fails to take account of Social Security, as well as Medicaid, Medicare, public housing, food stamps, school lunches, employer benefits such as health insurance and lots of other untaxable sources of income. In Europe, where the social safety nets are often stronger than in the U.S., the omissions are even more significant.

According to the European Commission, so-called market income made up only 65 percent of incomes that are smaller than 50 percent of the national median. That means the government paid more than one-third of poor people’s bills. In Denmark, social transfers make up 14 percent of overall income.

These transfers are too big to ignore. They have also been growing rapidly as a proportion of income in at least some European countries. In Ireland, according to a recent report, the proportion of household incomes accounted for by social welfare payments increased by 50 percent between 2004 and 2011. According to Piketty’s dataset, the top 1 percent’s share of total income in Ireland increased by 57 percent between 1981 and 2009. So as the Irish rich grew richer, the government redistributed more of their money to the poor.

In 2012, Piketty was among the signatories of a letter in support of Francois Hollande’s presidential bid. Hollande appeared to back many of the recommendations the OECD makes, following Piketty’s lead. Now, the outspoken economist speaks of Hollande’s “nullity,” his failure to tax the rich correctly to level inequality. Even Piketty’s own data, however, suggest there was no major exacerbation of inequality in France to correct, even when neglecting social transfers: The share of income accruing to the top 1 percent in France increased from 7.6 percent to 8.1 percent between 1981 and 2009, so by half a percentage point. Hollande has become the most unpopular president in French history, in part because he made it the priority goal of his government to solve a problem that — in the case of France at least — was not acute, and failed miserably in the attempt.

Before other governments make the same mistake, data on government redistribution mechanisms must be collected and analyzed along with market income data.

Author: Leonid Bershidsky, a Bloomberg View contributor. He is a Moscow-based writer, author of three novels and two nonfiction books.