Facebook, Google Balk at Loophole in Bill to Rein in NSA 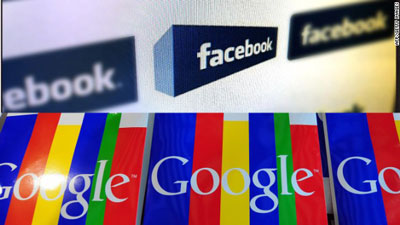 The legislation “has moved in the wrong direction,” the Reform Government Surveillance coalition said in a statement yesterday. The coalition formed last year in an effort to distance Internet companies from perceptions that they willingly cooperated with government surveillance programs.

Objections by the companies, which also include Microsoft Corp. (MSFT) and Yahoo! Inc. (YHOO), come after Republicans in the House of Representatives negotiated in private with President Barack Obama’s administration to alter the legislation. It’s the only bill lawmakers from both major parties have been able to agree on to curb NSA powers almost a year after spying was exposed in documents leaked by former U.S. contractor Edward Snowden.

“The latest draft opens up an unacceptable loophole that could enable the bulk collection of Internet users’ data,” the coalition said. “While it makes important progress, we cannot support this bill as currently drafted and urge Congress to close this loophole to ensure meaningful reform.”

The bill, H.R. 3361, is expected by congressional leaders to have enough votes to pass the Republican-controlled House. The opposition from the companies, while not helpful, won’t doom the bill, said Representative Michael McCaul, a Texas Republican and chairman of the House Homeland Security Committee.

“Obviously they have some influence but I don’t see that as a deal killer,” McCaul said in an interview.

He said the companies are misinformed for believing the bill would allow bulk collection of Internet data.

The bill would end one of the most controversial domestic spy programs under which the NSA collects and stores as much as five years of phone records on innocent Americans. The records include numbers dialed and call durations without the content of conversations.

Instead, the records would be held by Verizon Communications Inc. (VZ), AT&T Inc. (T) and other phone carriers. The government would have to get an order from the secret court that oversees NSA spying in order to compel the carriers to search the records for counterterrorism investigations. The bill also includes provisions for emergency circumstances.

The measure largely codifies a Jan. 26 agreement that Facebook, Apple and other companies reached with the Department of Justice to disclose details about how often they turn over data about their users in response to government national security requests. The companies have said they want to disclose more.

The coalition supports limits on the government’s ability to collect data about their users and permission “to publish the number and nature of government demands for user information,” according to its website.

Representative Jim Langevin, a Rhode Island Democrat who serves on the House intelligence panel, said he was disappointed the companies oppose the bill. He also said he’s confident the legislation will still pass the House.

“Democrats, Republicans, liberals and conservatives have come together in a major way to achieve a bill with the right balance, that ensures we’re protecting national security but also protects privacy and civil liberties,” Langevin said in an interview. “The balance is right and there are no big loopholes.”

The legislation would still need to be approved by the Senate before being sent to Obama, whose office yesterday said the president supports the measure because its “significant reforms would provide the public greater confidence in our programs and the checks and balances in the system.”

There doesn’t appear to be momentum in Congress to make significant changes to other spy programs exposed by Snowden. Documents he leaked showed that the NSA acted to weaken standards used to encrypt and protect data, hacked into fiber optic cables abroad to steal information from Google and Yahoo, and possibly infected millions of computers globally with malware.

Another document from 2010 indicated that the NSA physically intercepted routers, servers and other network equipment in order to install surveillance tools before they were shipped to users.

Some lawmakers and privacy advocates said they don’t have confidence the bill would stop the bulk collection of e-mails and other types of records after House Republicans negotiated changes with the Obama administration.

In particular, language was added to the bill that would allow the government to collect records that identify “a person, entity, account, address or device,” which critics say is too broad.

The House Rules Committee won’t allow any amendments to the bill when it comes to the House floor today.

“I’m going to be against it,” Representative Jared Polis, a Colorado Democrat, said in an interview. “The danger is that it potentially offers a window dressing of a solution that’s not a real solution and it’s better to keep the issue on the table and fight for real privacy rights.”

Representative Zoe Lofgren, a California Democrat, said changes made “are seriously a step backwards,” and that she hadn’t made up her mind how she will vote.

The broad language for searching records “quite possibly opens up the door to bulk collections again, even though we’re saying we’re not going to do bulk collections,” Lofgren said in an interview.

The Open Technology Institute, a Washington-based policy and research nonprofit, withdrew its support for the bill in response to the negotiated changes.

“We are especially disappointed by the weakening of the language intended to prohibit bulk collection of innocent Americans’ records,” Robyn Greene, the group’s policy counsel, said in a statement earlier this week.

The bill “now offers only mild reform and goes against the overwhelming support for definitively ending bulk collection,” Nuala O’Connor, president and chief executive officer of the Washington-based digital rights nonprofit Center for Democracy and Technology, said in a May 20 statement.

The bill probably has enough support in the House to pass. It also is largely in line with proposals made by Obama in a Jan. 17 speech to limit NSA spying, indicating it will have administration support. After House passage, attention will turn to the Senate, where members have indicated support for similar legislation.