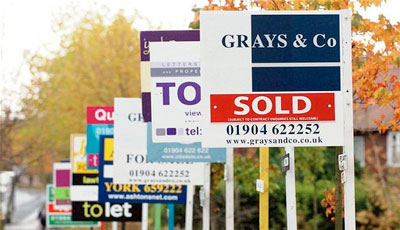 The European Commission has called on the UK to raise taxes on higher value properties, build more houses and adjust the Help to Buy scheme.

In a review of UK economic policies, it said council tax bands should be revalued and action taken to address “rapid” house price rises in London.

The intervention has angered Tory MPs.

Lib Dem Business Secretary Vince Cable said the UK had a “problem” with house price inflation but “we don’t need the EU to tell us what’s going on here”.

In a statement, the commission said its recommendations were “not a diktat” but there was a “limit to how much… can be achieved through spending cuts alone”.

It said it was suggesting how the UK could raise new revenue “in a fair and efficient way, which does not hamper competitiveness or increase poverty”.

The commission added: “We are suggesting adjustments that would make the council tax system fairer for homeowners and more efficient in terms of government revenues.”

The intervention came as there were continued signs of UK house price growth – in its latest update, the Nationwide said house prices rose at their fastest rate in seven years last month but there were signs that the market may be “starting to moderate”.

‘Price increases’
On housing, the commission urged ministers to “deploy appropriate measures to respond to the rapid increases in property prices in areas that account for a substantial share of economic growth in the United Kingdom, particularly London”.

Some housing experts have expressed concerns that Help to Buy, which was announced in the 2013 Budget, has contributed to double-digit price rises seen in London and other property hotspots over the past year.

The three-year scheme is designed to help people who can afford to meet monthly mortgage repayments but cannot raise a large enough deposit to get on the housing ladder.

Figures released last week showed that 94% of the 7,313 home purchases funded through Help To Buy so far were outside London, while more than 80% of those assisted were first-time buyers.

But in its review, the commission said the Bank of England should “continue to monitor house prices and mortgage indebtedness and stand ready to deploy appropriate measures, including adjusting the Help to Buy 2 (loan guarantee) scheme, if deemed necessary”.

As well as increasing the supply of new homes, the commission said reforms to the taxation of land and property should be considered “to alleviate distortions in the housing market”.

“At the moment, increasing property values are not translated into higher property taxes as the property value roll has not been updated since 1991,” it said.

The commission praised the UK for extending childcare provision, changing benefit rules and providing more incentives to work but said more should be done on apprenticeships and skills.

“With these recommendations, the commission is pointing the way forward,” commission President Jose Manuel Barroso said.

“We believe that member states must now play their part in seeing these reforms through, even if we know that sometimes they are politically unpopular,” he said.

The BBC News Channel’s chief political correspondent Norman Smith said David Cameron and George Osborne were likely to be “quietly fuming” at the wide-ranging critique of government policies at a time ministers were presenting the economic recovery as a success story.

Aside from the idea that the UK must build more houses, which the government accepts, the rest of the advice was likely “to end up in the bin”, he added.

Norman Smith said many Tory backbenchers were already “spoiling for a fight” over Europe and this was likely to make matters worse at a time when the UK was involved in a stand-off over who should lead the commission.

‘Aspirational’
Douglas Carswell, the MP for Clacton, told The Times that an unelected group of officials could not tell the UK how to spend its money while colleague Dominic Raab said the chancellor should treat the Commission’s advice as “spam when it arrives in his inbox”.

Asked for his reaction, Mr Cable said annual house price rises of more than 10% were an obstacle for many young people’s hopes of owning their own home.

“We can see the evidence in front of us, we don’t need the European Union to tell us what’s going on here,” he said.

“We clearly do have a problem, we are not building enough houses and this is reflected in housing inflation and there are lots of things we’ve got to do to solve that problem.”

Lord Turner, former head of the Financial Services Authority, told BBC Radio 4’s Today programme that some “legitimate issues” had been raised about tax on housing.

“I’m amazed how little I pay on my house in Kensington compared with what somebody pays with a house worth a very small fraction of that in the north of England,” he said. “I’m not sure that is a fair system.”

A Treasury spokesman defended Help to Buy as an “aspirational” policy which was helping thousands of people to finally realise the dream of home ownership.

He added: “We are the first to say we must be vigilant and not repeat the mistakes of the past which is why we specifically gave the Bank of England powers to intervene in the housing market.

“They should not hesitate to use them if they see fit.”