EU to Decide Next Week on Irish, Dutch Tax-Breaks Probe 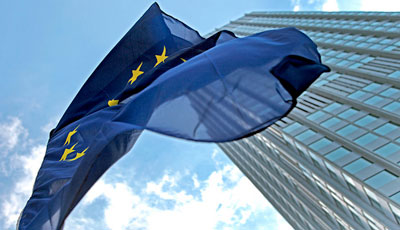 The European Union may open a formal probe as soon as next week into tax breaks that Ireland and the Netherlands use to attract international companies, according to people familiar with the case.

The European Commission is scheduled to discuss the issue at a meeting June 11, said two people, who asked not to be identified because the matter is private. The probe into the Dutch tax breaks would include special treatment given to Starbucks Corp. (SBUX), the world’s biggest coffee-shop operator, said the people.

Luxembourg may also face a probe, one of the people said. EU antitrust regulators said in September they were seeking preliminary information on whether the tax deals constituted illegal state aid.

The possible EU investigation comes amid a global crackdown on tax-avoidance as governments struggle to increase revenue and reduce deficits. Lawmakers in the U.S., the U.K., France and Italy have scrutinized companies such as Microsoft Corp. (MSFT), Hewlett-Packard Co. (HPQ), Google Inc. (GOOGL), Apple Inc. (AAPL) and Amazon.com Inc. (AMZN) The commission has said tax avoidance and evasion in the EU cost about 1 trillion euros ($1.4 trillion) a year.

“It wasn’t the companies that made those laws; it was each member state” of the European Union, Howard M. Liebman, a tax partner at law firm Jones Day in Brussels, said in a phone interview. “So if the commission so chooses, it will instead more likely ‘name and shame’ those countries.”

“We believe that our legislation is robust, that the application of that legislation is ethical and we will be prepared to defend that very strongly in the event of any further statement or requirement from the European Commission,” the Irish Times cited him as saying to reporters at Hewlett-Packard’s global head office in Palo Alto.

Starbucks Chief Financial Officer Troy Alstead angered British lawmakers in 2012 by refusing to publicly disclose details of a low tax rate granted by the Netherlands on royalty payments from its U.K. business.

“State-aid investigations are between the European Commission and the relevant member states,” Seattle-based Starbucks said in an e-mailed statement. “It would therefore be for the Dutch government to address any state-aid concerns.”

The company said it supports efforts by the Organization for Economic Cooperation and Development to reform tax policies and “pays substantial taxes in the various countries in which it operates around the world.”

“Our global corporate effective tax rate has been in excess of 32 percent for the past several years, well above the average paid by other U.S.-based multinational corporations,” the company said.

Most forms of government support, including tax breaks, that enable companies to gain an unfair advantage over competitors are illegal under EU rules. Governments can be ordered to claw back unfair aid.

“I think the commission, from a political and pragmatic point of view, would not prefer to do that,” Liebman said. “I think what it will do, if it feels it has a good case, is to close down the incentives going forward.”

“We have been gathering information on certain tax practices, such as tax rulings and certain intellectual property regime, to check compliance with EU state aid rules,” Antoine Colombani, a spokesman for EU Competition Commissioner Joaquin Almunia, told reporters in Brussels today. “But I don’t have anything to add at this stage.”

After having been ordered in March by the commission to supply details of tax breaks for businesses, Luxembourg last month asked an EU court to overturn the regulator’s demands.

The EU gathered information on tax rulings from Belgium and other countries and has quizzed the U.K. and others about tax programs for intellectual property rights such as ‘patent boxes’ which allow tax reductions on income from patents.

Tax policy is one of the most sensitive political issues in the 28-nation bloc. Changes to EU tax rules require unanimous approval among governments, rendering major changes almost impossible. Even the most enthusiastic members of the EU have clung on to their right to set corporate rates.

Luxembourg, led until last year by European Commission-president candidate Jean-Claude Juncker, has won a reputation as an attractive location for multinational companies.