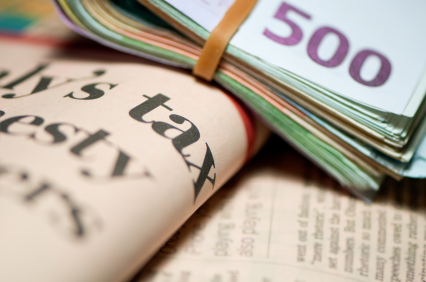 The announcement came as the eurozone’s three biggest countries stepped up pressure on Jean-Claude Juncker, the commission president viewed as complicit in helping to slash the tax bills of hundreds of firms while he was prime minister of Luxembourg.

In the biggest political fallout to date over the Luxembourg revelations, Germany, France and Italy said their citizens expected them to deal with “tax avoidance and aggressive planning” – and signalled that Juncker’s proposed response to the scandal did not go far enough.

Vanessa Mock, a spokeswoman for Pierre Moscovici, the commissioner for economics, said draft legislation would be tabled within months obliging EU governments to share information on agreements they have struck with multinationals which specify how much corporation tax they are expected to pay.

But in a letter to Moscovici, the finance ministers of Germany, France and Italy demanded more robust action and said the practices in Luxembourg while Juncker was premier for almost 19 years had made the response more urgent.

They said: “The lack of tax harmonisation in the EU is one of the main causes allowing aggressive tax planning, and base erosion and profit shifting [Beps] to develop within the internal market. This situation may lead to uncooperative behaviour between member states, which directly affects the establishment and functioning of the internal market.”

Last month the Guardian reported on leaks of 28,000 documents from accountancy group PricewaterhouseCoopers. The documents disclosed that the Luxembourg authorities, under Juncker, had helped 340 big firms to minimise their tax payments, in some cases to 1%. The European commission is investigating Luxembourg following allegations it effectively subsidised Amazon and a subsidiary of Fiat.

The finance ministers’ letter continued: “Since certain tax practices of countries and taxpayers have become public recently, the limits of permissible tax competition between member states have shifted. Our citizens and our companies expect us to cope with tax avoidance and aggressive planning.”

The information disclosed in the leaked documents came just days after Juncker started his five-year term as president of the commission. He vanished for a week and then announced the fast-track legislation for swapping information on tax rulings; an initiative that was not in his first list of legislative priorities.

Last week, Juncker said Luxembourg’s finance minister at the time – which was him – had no supervisory authority over the tax administration cutting the deals, and that his country had no choice but to act the way it did because other EU countries were doing the same.

Attempts to harmonise corporate tax rates in the EU or the eurozone go back years and have always been stymied by reluctant governments. Acknowledging that, the trio of finance ministers criticised the Juncker proposal as inadequate and called for binding new rules.

“Transparency is not enough. We can surely not concede that situations where treaty freedoms are misused in order to avoid tax remain unaddressed. For this reason, an anti-Beps directive should set a general principle of effective taxation.”

Mock said Moscovici was resolved to tackle tax competition and that legislation would be tabled by early next year. The three ministers said they wanted tougher proposals ready by the same date and implemented by the end of next year.

Juncker, and residents of Luxembourg more broadly, are aggrieved that they are being picked upon by the EU’s heavyweights. The richest EU country per capita, Luxembourg under Juncker prospered through the tax rulings struck with hundreds of large firms. Prominent among those were German, French and Italian banks and other businesses.

Luxembourgers say the big country governments were perfectly aware of national champions avoiding tax by domiciling in Luxembourg and that the whole affair is redolent with hypocrisy and scapegoating.