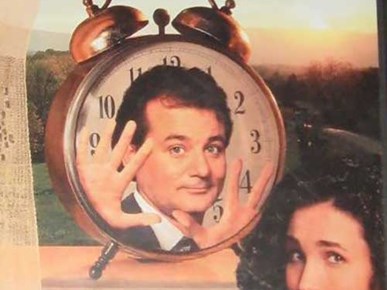 In the movie “Groundhog Day,” a television weatherman, played by Bill Murray, awakes every morning at 6:00 to relive the same day. A similar sense of déjà vu has pervaded economic forecasting since the global economic crisis began a half-decade ago. Yet policymakers remain convinced that the economic-growth model that prevailed during the pre-crisis years is still their best guide, at least in the near future.

Consider the mid-year update of the International Monetary Fund’s World Economic Outlook, which has told the same story every year since 2011: “Oops! The world economy did not perform as well as we expected.” The reports go on to blame unanticipated factors – such as the Tōhoku earthquake and tsunami in Japan, uncertainty about America’s exit from expansionary monetary policy, a “one-time” re-pricing of risk, and severe weather in the United States – for the inaccuracies.

Emphasizing the temporary nature of these factors, the reports insist that, though world GDP growth amounted to roughly 3% during the first half of the year, it will pick up in the second half. Driven by this new momentum, growth will finally reach the long-elusive 4% rate next year. When it does not, the IMF publishes another rendition of the same claims.

This serial misjudgment highlights the need to think differently. Perhaps the focus on the disruptions caused by the global financial crisis is obscuring a natural shift in developed economies to a lower gear following years of pumped-up growth. Moreover, though emerging economies are also experiencing acute growth slowdowns, their share of the global economic pie will continue to grow. In short, tougher economic competition, slower growth, and low inflation may be here to stay.

In the United States, conditions for an economic takeoff ostensibly have been present for the last year. Household debt and unemployment have fallen; corporate profits and cash reserves are large; the stock market is valuing the future generously; banks are ready to lend; and fiscal consolidation is no longer hampering demand.

Yet, contrary to expectations, growth in household consumption has remained lackluster, and businesses have not ramped up investment. In the first two quarters of this year, America’s GDP barely exceeded the level it attained at the end of last year, and much of the increase was driven by goods that have been produced but not yet sold. The prevailing explanation – a brutally cold winter – is wearing so thin that everyone should be able to see through it.

American consumers remain scarred by the crisis. But there is another problem: in their homes and workplaces, the sense of excitement about the future is missing, despite all the gee-whiz gadgetry that now surrounds them. And while the US Federal Reserve’s policy of quantitative easing has propped up businesses, it is no substitute for the enthusiasm and anticipation needed to propel investment.

Even the reduced global forecast of 3.4% GDP growth for this year is likely to prove excessively optimistic. Before the crisis, world trade grew at 6-8% annually – well faster than GDP. But, so far this year, trade growth remains stuck at about 3%.

Failure to recognize the fundamental slowdown that is occurring is reinforcing the expectation that old models can revive growth – an approach that will only create new fragilities. Atif Mian and Amir Sufi warn that US consumers’ purchases of cars and other durables have been bolstered by the same unsustainable “subprime” lending practices that were used to finance home purchases before the crisis.

Similarly, Mark Carney, Governor of the Bank of England, envisages a Britain with a Cyprus-sized financial sector amounting to 900% of GDP. And economist Michael Pettis cautions that China’s reliance on policy stimulus to kick-start the economy whenever it stalls will merely cause macroeconomic vulnerabilities to accumulate.

The two tectonic shifts in the global economy – slower GDP growth and increased emerging-market competition – have created a fault line that runs through Europe. The technical lead held by Europe’s traditional trading economies is being eroded, while wage competition is encouraging fears of deflation. And, with the eurozone’s most debt-burdened economies bearing the brunt of these shifts, Italy is sitting directly atop the fault.

The European Central Bank, however, is unable to revive eurozone growth on its own. Given the resulting drag on the global economy – and especially on world trade – it is in the world’s interest to engineer a coordinated depreciation of the euro. At the same time, a globally coordinated investment stimulus is needed to create new opportunities for growth.

Author: Ashoka Mody is Visiting Professor of International Economic Policy at the Woodrow Wilson School of Public and International Affairs at Princeton University and a visiting fellow at Bruegel, the Brussels-based economic think tank. He is a former mission chief for Germany and Ireland at the International Monetary Fund.