Why is Cyprus Tourism Failing? 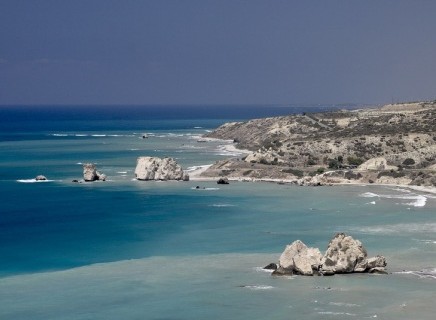 World tourism is the one industry that does not seem to have been affected by the financial crisis. Tourist arrivals to various global destinations have grown steadily. The numerous upbeat statements of the Cyprus Tourist Organization (CTO) give the same impression for Cypriot Tourism. Unfortunately, these statements which usually refer to the last month or the next month are misleading. This becomes clear if we take a longer view.

The loss of Cypriot competitiveness in tourism is clear. The Cypriot share of tourist arrivals to the Southern Mediterranean countries has steadily declined, from about 2% in the year 2000 to less than 1.5% in 2012.Simply maintaining our earlier 2% share of tourism would have meant an increase in our annual arrivals by more than one million additional tourists by 2012. Why such a poor performance?

Is it our website? A nation’s web site is today probably its most important marketing tool for attracting tourists. Take a look at the web site of, Greece Malta, Turkey. Their colors and pictures seem to “explode” off the page, inviting the potential tourist. The official web site of the Cyprus Tourist Organization does not compare well. It features six small rather drab pictures.

The first picture (labeled “Events”) depicts what looks at first glance to be a suggestive, faintly pornographic pose of two dancers, one apparently climbing on the back of the other (this is labeled “Events”). Under the title “Conferences and incentives” there is pictures what appears to be an ancient underground station with chairs. It is in fact the Famagusta Gate exhibition center but photographed from an angle which give a distorted, tunnel-like, impression. Despite Famagusta Gate’s historical interest, few would claim that this venue is the sort of hi tech exhibition center those looking for a conference venue would make their first choice. The website also features “religion” and “weather” (blue sky and clouds) and a map of Cyprus..

One of the small pictures is in fact an attractive scene of a Cypriot sea shore but so small as to lose all visual impact. If the viewer wishes to take the time, the picture can be enlarged.

Is it Cyprus Airways? Their planes during the summer are often crowded and fully booked. Cypriots leaving the island for a number of European destinations have to book in January and February for flights in July. Analogously, it is often difficult for tourists not on package tours to book seats from European destinations to Cyprus.

Is it our prices? It is no secret that Cypriot prices have risen strongly since we adopted the Euro. When I attended an academic conference in Smyrna (where may family came from) last Spring, I found that Turkish prices were almost half those in Cyprus. The Financial Times points out that when it comes to prices for tourists “It is a game that Greece and Cyprus cannot win….they are stuck with a strengthening Euro.”(3 Feb.’14). Since then the Turkish Lira has continued to fall, increasing Turkey’s price advantage and our disadvantage.

Is it our taxis? Some of our taxi drivers are no doubt the salt of the earth but quite a few could be mistaken as “extras” for a mafia movie. The last taxi I took (in Nicosia) did not have a visible meter that I could locate, and I looked. Some tourists have complained.

Is it the title deeds scandal? Some 400,000 fewer British tourists visited Cyprus in 2012 as compared to the year 2000. That accounts for a good portion (though not all) of the drop in our tourism. Between these years the scandal of British home buyers who were allegedly cheated out of their (fully paid) Cypriot homes due to problems with title deeds became front page news in the British media. The issue was brought up more than once in the British parliament in a manner which could not have gained many friends for this country.

Whatever the reason, it is clear that things have changed.
The first step to solving a problem is to realize that there is a problem. The steady release of upbeat statements emanating from the CTO gives the (false) impression of a healthy and growing tourist sector.

Next comes the “why”. Why are we falling behind in an industry that is growing in the rest of the world? Only when we have taken the trouble to identify the sources of our tourist stagnation can we begin to do something about it. Sadly – it does not appear that the CTO has reached even the first step. Perhaps it believes its own publicity.

His Business experience includes several years in the Planning Department of General Motors Overseas Operations as well as positions with consulting firms in London and New York.

He subsequently joined the faculty of the Wharton School of Finance as Assistant Professor of International Business. He left Wharton to join the faculty of the Manchester Business School, eventually serving at that institution as MBA Director. He was also a Professor and faculty member of the European Institute for Advanced studies in Management. He has taught on numerous executive programmes at the Manchester Business School as well as other institutions in Sweden, Finland, Belgium, Spain, Greece. Also founding president of the European International Business Academy (leading European academic association for international business research).