The Euro is Destroying the European Movement 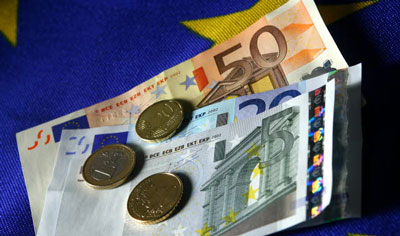 “Terrorists”, “blackmail”, “lack of trust” are just some of the terms voiced during the recent negotiations between Greece and its Eurogroup partners during the recent Greek negotiations. There were even suggestions that Greece should leave the common currency altogether.  Such ill will is a far cry from the spirit which characterized the early days of the European movement.

The movement toward a united Europe began in the aftermath of World War II.  Building on the common heritage and interests of Europe’s people, five countries united into a Common Market whose aim was to bring together the nations of Europe for purposes of peace and trade. National interests were protected by a provision requiring unanimous approval of major decisions.t

Reservations in the Beginning

Not everyone thought the group formed about a common currency would succeed. Some of the current  problems were anticipated, some were not. It was never anticipated that a member country would emerge and come to dominate the decision making of the entire group, as is the case today with Germany.

Nor was it anticipated that this dominant member country would also be so strongly committed to a particular economic philosophy, using its dominance to influence the entire group toward its preferred economic policies. Germany’s strong commitment toward what has been termed “austerity economics” has, against increasing opposition, shaped the economic policies and decisions  of the Eurogroup.

The aim of the recent Greek negotiations was to arrive at a win/win solution to Greece’s economic problems. The result as incorporated in the MOU might more accurately be described as lose/lose.

Firstly, there is the damage to Greece itself. Based on austerity economics, the new MOU calls for new taxes, more debt and reduced spending is the medicine prescribed for a country with deficient demand,  unemployment, empty shops and crowds of pensioners outside banks trying to get money to feed themselves.  Much the same formula was applied previously. Why should the outcome be different? There is every likelihood that it will not.

The IMF, itself a member of the Eurogroup, issued a statement which substantially comes to the same conclusion, declaring the Greek debt unsustainable and the measures required of the Greek economy to be unrealistic and inadequate.

Greece must share a good part of the blame. The incompetence and corruption which has been endemic in Greece for many years, even before the establishment of the Eurogroup, must bear major responsibility. Tsipras, although a brave negotiator, exacerbated what was already a desperately mismanaged Greek economy.

The European movement itself is already a major loser.  Once associated with prosperity and unity, it has now become associated with the Eurogroup’s acrimonious meetings. . Where there was at one time growing commonality across much of Europe, there are now divisions, distinctions as between and lenders and borrowers, rich and poor, North and South.  For those countries unfortunate enough to require aid from the Eurogroup,  the result has been record unemployment which persists (Spanish unemployment still at 24%) even when there is an improvement in GDP.

Potentially the greatest damage to the European movement will result from the increasing dominance of Germany over its European partners. This is not helped by the growing discrepancy between German economic prosperity and the much poorer economic conditions in countries such as Greece  and Cyprus. “German protectorate” is the term some have used to describe the current Greek situation. The bad feeling goes both ways. To quote a lead article in the Financial Times, “the euro is already poisoning Germany’s attitude toward Europe and Europe’s attitude toward Germany” (14.07.’15).