3 Of The 10 Largest Economies In The World Have Already Fallen Into Recession – Is The U.S. Next? 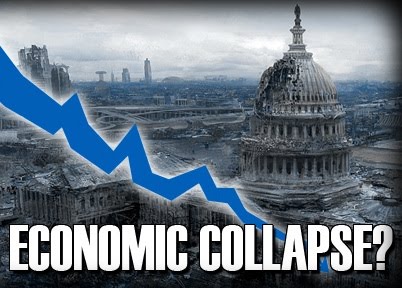 Are you waiting for the next major wave of the global economic collapse to strike?

Well, you might want to start paying attention again.  Three of the ten largest economies on the planet have already fallen into recession, and there are very serious warning signs coming from several other global economic powerhouses.  Things are already so bad that British Prime Minister David Cameron is comparing the current state of affairs to the horrific financial crisis of 2008.  In an article for the Guardian that was published on Monday, he delivered the following sobering warning: “Six years on from the financial crash that brought the world to its knees, red warning lights are once again flashing on the dashboard of the global economy.”  For the leader of the nation with the 6th largest economy in the world to make such a statement is more than a little bit concerning.

So why is Cameron freaking out?

Well, just consider what is going on in Japan.  The economy of Japan is the 3rd largest on the entire planet, and it is a total basket case at this point.  Many believe that the Japanese will be on the leading edge of the next great global economic crisis, and that is why it is so alarming that Japan has just dipped into recession again for the fourth time in six years…

Of course Japan is far from alone.

Brazil has the 7th largest economy on the globe, and it has already been in recession for quite a few months.

The 9th largest economy in the world, Italy, has also fallen into recession…

Like Japan, there is no easy way out for Italy.  A rapidly aging population coupled with a debt to GDP ratio of more than 132 percent is a toxic combination.  Italy needs to find a way to be productive once again, and that does not happen overnight.

Meanwhile, much of the rest of Europe is currently mired in depression-like conditions.  The official unemployment numbers in some of the larger nations on the continent are absolutely eye-popping.  The following list of unemployment figures comes from one of my previous articles…

Are you starting to get the picture?

The world is facing some real economic problems.

Another traditionally strong economic power that is suddenly dealing with adversity is Israel.

In fact, the economy of Israel is shrinking for the first time since 2009…

The rouble has been plummeting like a rock, and the Russian government is preparing for a “catastrophic” decline in oil prices…

It is being reported that Russian President Vladimir Putin has been hoardinggold in anticipation of a full-blown global economic war.

I think that will end up being a very wise decision on his part.

Unfortunately, the number of children that won’t even have a roof to sleep under this holiday season just continues to grow.

A stunning report that was just released by the National Center on Family Homelessness says that the number of homeless children in America has soared to an astounding 2.5 million.

That means that approximately one out of every 30 children in the United States is homeless.

This is why I get so fired up about the destruction of the middle class.  A healthy economy would mean more wealth for most people.  But instead, most Americans just continue to see a decline in the standard of living.

And remember, the next major wave of the economic collapse has not even hit us yet.  When it does, the suffering of the poor and the middle class is going to get much worse.

Unfortunately, there are already signs that the U.S. economy is starting to slow down too.  In fact, the latest manufacturing numbers were not good at all…

A lot of very smart people are forecasting economic disaster for next year.

Hopefully they are all wrong, but I have a feeling that they are going to be right.