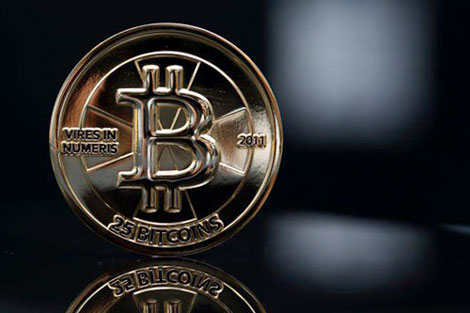 Across the board, bitcoin requires forceful and aggressive legal defense, not complicity with governments in crafting policy and regulations. It’s going to get a lot rougher for bitcoin in the months and years ahead. We have to be prepared.

As Rick Falkvinge, author of Swarmwise, states, “The copyright monopoly war wasn’t the war, it was the tutorial mission. The Internet generation is using technology to assert its values and its place in society, the old industrial generation is pushing back hard against irrelevance. Things are about to get much worse.”

It is a superb analogy. Legal tender is essentially an unearned copyright privilege over the production of money. It is unlikely to be easily disrupted.

Only the naive can delude themselves into thinking that governments will embrace bitcoin in the name of monetary innovation or a modern techno-transition to the ‘Internet of Things’. What government permits with one hand, it restricts and strangles with the other. Therefore, any regulatory gains by the bitcoin community are elusive, because they are designed to appease, while government enforcement actions reveal a contradictory agenda.

The real battle lies elsewhere, beyond the public policy debate.

There hasn’t been a judicial test case for bitcoin legal issues yet, primarily because at least two candidates that got sufficiently close to a legal challenge elected to comply with authorities rather than risk the uncertain outcome of a test case.

On November 27, 2013, Mike Caldwell of Casascius Coins suspended the operations that made his branded coins the global standard for physical bitcoin rather than adopt a legal stand. While writing Bitcoin Ideology and Tale of Casascius Coins, I had the opportunity to consult with Caldwell and his attorney personally, so I fully understand their decision.

Recommended bitcoin legal areas for mounting a strong, concerted defense include: mandatory key disclosure, restrictions on freedom of transaction, attacks on bitcoin fungibility via blacklisting and whitelisting, and denying the principle of code as protected speech.

Key disclosure laws may become the single most important government tool in asset seizures and the war on money laundering. These refer to the ability of the government to demand that you surrender your private encryption keys that decrypt your data when charged with a criminal offense. If your data is currency, such as access control to various amounts of bitcoin on the blockchain, then you have surrendered your financial transaction history and potentially the value itself.

Jail time for refusing to comply with mandatory key disclosure hasn’t occurred in the US yet. But, it’s already happening in jurisdictions such as the UK, where a 33-year-old man was incarcerated for refusing to turn over his decryption keys and a youth was jailed for not disclosing a 50-character encryption password to authorities.

Key disclosure will become increasingly important in civil assets seizures, since Kim Dotcom’s pretrial legal funds would have been safe with bitcoin.

It is very likely that a significant key disclosure case will make it to the US Supreme Court, where it is far from certain that the Fifth Amendment privilege, as it relates to a refusal to decrypt bitcoin assets, will be universally upheld.

In support of an individual’s freedom to transact without requiring a license to operate a ‘money services business’, the Bitcoin Foundation filed an amicus brief in a Florida state criminal case tied to alleged bitcoin transactions. In that case, an individual faces one count of being an unauthorized money transmitter under state law and two counts of money laundering.

The charges against the individual were filed in March 2014 and it is the first known state criminal case involving the alleged buying and selling of bitcoin. Another defendant was arrested at the same time based on similar alleged conduct and has been separately charged. This Florida case has received wide-spread media attention, such as from Bloomberg.

The foundation’s amicus brief supports the individual defendant’s motion to dismiss the count charging him with being an unauthorized money transmitter based on the core position that state prosecutors are improperly applying Florida statutes regulating ‘money services businesses’ to individuals conducting peer-to-peer sales of bitcoin.

This case is a big deal because it specifically targets high-dollar-value transactions and prosecutions like these could shut down one of the last remaining avenues for purchasing bitcoin anonymously.

Denying an individual’s freedom to transact violates freedom of choice in currency, which is similar to an outright ban on bitcoin. In a ban, government authorities prohibit pricing or use of a currency other than the nation’s ‘official’ currency, as witnessed in Bolivia, Ecuador, Kyrgyzstan, Bangladesh and Russia.

The ban in Bangladesh extended to even informing or educating others about bitcoin, prompting the nonprofit and educational Bitcoin Foundation Bangladesh to suspend operations temporarily.

Fungibility refers to the concept that every unit or subunit remains equivalent and identical to any other unit or subunit. It is the property of a good or commodity whose individual units are capable of mutual substitution.

While bitcoin public addresses do have a traceable history, the sub-unit components that make up a single bitcoin transaction do not have unique identifiers, such as the serial numbers on paper bank notes. Since individual transactions are able to be broken apart, each component unit can only be traced realistically to its creating miner. This complicates reliable ownership and thus provides an element of plausible deniability for the entire infrastructure.

I maintain that the US Marshal Service’s first, and now second sale, of seized bitcoin demonstrates current fungibility at least in the US jurisdiction. Just as the government doesn’t spend confiscated dollars at a discount, they don’t sell ‘tainted’ bitcoin at a discount and, furthermore, none of the offered coins are blacklisted or whitelisted. A commercial precedent has been set.

Varying tax treatments for bitcoin may have an impact on bitcoin fungibility within certain geographic areas, however. Also, read what a landmark legal case from mid-1700s Scotland tells us about monetary fungibility.

Transmitting a bitcoin message to the network blockchain is the same as sending an encrypted, private email message and, as such, is protected under the First Amendment to the US Constitution. This important principle extends to both the development and usage of the code.

“Digital currencies such as bitcoin strengthen privacy and are resistant to censorship. We should consider this a feature, not a bug,” Reitman said in a statement.

The EFF also defended MIT student bitcoin developers in a New Jersey court to oppose a subpoena issued over their prize-winning bitcoin mining program. The program known as Tidbit was designed to serve as an alternative to viewing online advertising by allowing website users to help mine bitcoins for the site they’re visiting instead.

In a move that could strengthen bitcoin-related privacy, Senator Rand Paul of Kentucky recently introduced a bill to extend Fourth Amendment protections to include electronic communications.

“The comprehensive financial surveillance that the ‘BitLicense’ proposal requires at proposed sections 200.12(a)(1) and 200.15 is unwarranted, and the Department has put forth no evidence or argument that it is calibrated to cost-effectively achieve any public interest goal. Requiring businesses to maintain detailed surveillance of their customers anticipating later law enforcement seizure is itself a constructive seizure, which is unconstitutional under a proper interpretation of the Fourth Amendment to the US Constitution.”

Now, if India had Fourth Amendment protections, egregious office raids, such as the ones carried out last December against two bitcoin exchanges, could have been effectively challenged. India may need to seek out alternative avenues for defense.

I am hopeful that with criminal defense and trial attorney Brian Klein more closely associated with the Bitcoin Foundation, other defense attorneys will be encouraged to engage with the bitcoin community, domestically and internationally.

Taking a principled stand in Bangladesh, for instance, will send a strong message to the entire world. When it comes to impact litigation, the EFF cannot do it all. We should view this as an opportunity for bitcoin advocacy groups to grow a backbone.