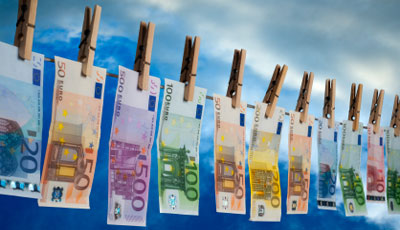 Money Laundering is the process by which criminals attempt to conceal the true origin and ownership of the proceeds of their criminal activities. If undertaken successfully, it allows them to maintain control over those proceeds and, ultimately, to provide a legitimate cover for their source of income. Failure to prevent the laundering of the proceeds of crime permits criminals to benefit from their actions, thus making crime a more attractive proposition.

Each year, huge amounts of funds are generated from illegal activities such as drug trafficking, people smuggling, theft, tax evasion, arms trafficking and corrupt practices. These funds are mainly in the form of cash.

The criminals who generate these funds need to reintroduce them into the legitimate financial system without raising suspicion and without losing control. They convert cash into other forms in order to conceal the origin and true ownership of the proceeds of their criminal activities and to make it more useable. It also puts a distance between the criminal activities and the funds.

‘Money laundering’ is the name given to the process by which illegally obtained funds are given the appearance of having been legitimately obtained. According to Robinson:

“Money laundering is called what it is because that perfectly describes what takes place – illegal, or dirty, money is put through a cycle of transactions, or washed, so that it comes out the other end as legal, or clean, money. In other words, the source of illegally obtained funds is obscured through a succession of transfers and deals in order that those same funds can eventually be made to appear as legitimate income”.

It has been estimated that criminal profits in excess of US$1.5 trillion are laundered each year. This movement of ill-gotten wealth is considered to be the world’s third largest industry after forex and the oil trade.

Regulatory authorities are in a continuous effort to combat money laundering in order to reduce crime and weaken criminals. For example, if it becomes very difficult and cost effective for drug traffickers to clean and use the money generated by trafficking, this activity is likely to diminish.

Every person who knows or ought to have known that any kind of property constitutes proceeds from the commission of a predicate offence (see definition below), is guilty of an offence if he carries out any of the following:

a) Converts or transfers or removes such property, for the purpose of concealing or disguising its illicit origin or of assisting in any way any person who is involved in the commission of the predicate offence to carry out any of the above actions or acts in any other way in order to evade the legal consequences of his actions;
b) Conceals or disguises the true nature, the source, location, disposition, movement of and rights in relation to, property or ownership of this property;
c) Acquires, possesses or uses such property;
d) Participates in, associates, co-operates, conspires to commit, or attempts to commit and aids and abets and provides counselling or advice for the commission of any of the above mentioned offences;
e) Provides information in relation to investigations that are carried out for laundering offences for the purpose of enabling the person who acquired a benefit from the commission of a predicate offence to retain the proceeds or the control of the proceeds from the commission of the offence

a) All criminal offences punishable with imprisonment exceeding one year (this time may vary depending on the jurisdiction), as a result of which proceeds have been derived which may constitute the subject of a money laundering offence as defined above.

Why do criminals launder money?

There are several reasons why people launder money. These include:

There are severe economic and social consequences of money laundering. These include: