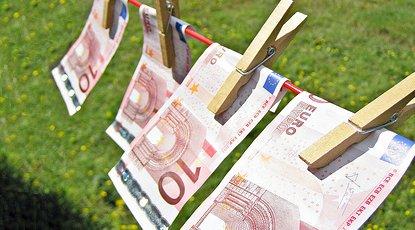 Money laundering statures have a very broad ambit and the duty is firmly on banks and financial institutions to “Know their clients” and to avoid transactions that may assist clients in disguising and concealing the sources of their money.

No commercial transaction can be guarantee free from a possible association with money laundering and it is vital that business should understand the risks. There is no substitute for commonsense, due diligence and a prevention methodology. Such self-protection may deter criminals from using a legitimate organisation for their money laundering activity.

Criminals in their attempt to launder money will invariably involve the willing or unwilling participation of many people, from businessmen and bank official to senior politicians and even heads of states.

While drugs are an important factor in money laundering, money laundering is also related to all manners of other crimes, notably terrorism, kidnapping, extortion, corruption, tax evasion, bribery, fraud and robbery. Indeed, almost every crime which results in illegal monetary gain must, by its very nature, require a degree of money laundering to disguise the source and destination of the proceeds.

Becoming involved in money laundering can ruin the lives of individuals, institutions and even threaten whole societies. This can happen as a direct or indirect effect of money laundering. Importantly, some countries have now implemented laws with an extra-territorial dimension which can affect people and businesses in other countries.

Individuals can be directly affected when approached by criminals to help launder money. The approach may be accompanied by lucrative offers or by threats against the individual or family involved. Once the individual gives in to such demands they become even more amendable to control by black mail threats. Bankers, lawyers and accountants are especially vulnerable in this context.  Company directors, as individuals, may face jail terms if their company becomes involved with money laundering, in some cases, whether or not they were aware of the particular incident of money laundering.

Businesses can similarly be tricked into being controlled, for example, by accepting orders which later turn out to involved money laundering. If this becomes known, they will attract the attention of the authorities, lose confidence of their trustworthy clients and incur the wrath of shareholders and partners.

Societies may be subverted in some countries, especially those with weak or corrupt governments, where leading businessmen and politicians have tried to profit from money laundering. This includes those jurisdictions which are prepared, often for plausible commercial and political reasons, to offer offshore financial services indiscriminately, selling apparent respectability in the form of banking licenses and external company licences – the tools of the modern economic criminal.

In these countries, a criminal can purchase an apparently legitimate financial vehicle through which to move money under a cloak of anonymity. By ignoring money laundering such countries eventually give criminals the respectability they need and in so doing, offer them the opportunity to commit yet more crime. However, every time a fraud comes to light the credibility of the jurisdiction concerned is further weakened.

Impact at the social level

Organised crime also has an impact at the social level, where it often leads to the development of an alternative, underground, economy, which is untaxed and unregulated. The fact that it is untaxed often leads to national budgeting problems and a government fiscal deficit, as public spending exceeds revenue receipts causing governments to borrow. Whenever governments try to control public spending, it is often social welfare programmes that are the first to suffer.

The profits of crime, when suitably laundered, are often ploughed back into the organisation and used to develop the criminal enterprise and prevent detection. Dirty money is often used for bribes and for the purposes of corruption of government, judicial and law enforcement officials. This leads to a disintegration of social structure, to injustice and human rights’ violations that can threaten democracy itself.

Criminals who disguise their activities by money laundering compete on an unfair basis with legitimate businesses. Organised crime, in particular, runs businesses with huge financial resources and will do almost anything to ensure that these businesses survive and prosper. If not checked, this eventually leads to a situation where whole sectors of a society become tainted, both good and bad alike.

One other effect of money laundering is to reduce the income of honest individuals and businesses, and even put them out of business. Moreover, it only needs one person to give in to pressure for the whole of an otherwise honest organisation to be compromised.

Money laundering is thought to pervade, to some degree, all economic, political and social institutions. Economically it is thought to have an impact upon exchange rates and interest rates as large amounts of money are moved from one country to another, thereby affecting inflation, employment and economic stability. This is of particular concern to developing countries, as the flight of capital (often against exchange controls) from developing countries prevents internal investment and development.

There is a risk of criminal liability in case the financial organisation fails to make enquiries or report his suspicious in circumstances when he ought to have known that his services were being used to facilitate the retention or to conceal the proceeds of criminal conduct. In well regulated countries, involvement in money laundering is punishable by fines and imprisonment for individuals, as well as the business concerned and its management.

There is a risk of civil liability in certain circumstances. The Organisation may be held liable and ordered to pay compensation to the victims of a breach of trust, fiduciary duty or other fraud if they assist the perpetrator by laundering the proceeds of the fraud in circumstances where it can be established that they has the relevant knowledge. Under the principle of constructive trust, it might be possible for victims to sue the financial organisation who handled their money which have resulted in the loss, if it can be shown that the financial organisation has failed to institute and maintain proper deterrence procedures not only against money laundering, but also against fraud.

Regulatory risks are the negative consequences that financial services institutions are likely to face if they don’t comply with regulatory/legislative norms meant to counter money laundering activities. There is a risk that the regulatory authority will impose a sanction, either upon the financial organisation or one of its officers, for failing to comply with the regulatory standards applicable in the financial services sector. A variety of different forms of sanction can be applied, including:

Financial organisations face the risk of possible enforcement action against them, by the competent authority, if determine that they had:

Trust and integrity are the keys to success for any financial services institution. Any event that taints the firm’s reputation in the form of regulatory and legal sanctions can cause serious direct as well as indirect losses to the firm.

There is a risk that the reputation of the organisation will be damaged in such a way that it will be regarded less positively. Reputational risk always follows the materialization of criminal or regulatory risk – to varying extents.

Reputation risk is the current and prospective impact on earnings and capital arising from negative public opinion.  This affects the organisation’s ability to establish new relationships or services or continue servicing existing relationships.  This risk may expose the organisation to litigation, financial loss, or the loss of investor and customer trust leading to a decline in its customer base.

Reputational risk poses a major threat to financial organisations, since the nature of their business requires maintaining the confidence of investors, depositors, creditors and the general marketplace. Reputational risk is defined as the potential that adverse publicity regarding a financial organisation’s business practices and associations, whether accurate or not, will cause a loss of confidence in the integrity of the institution. Financial organisations are especially vulnerable to reputational risk because they can so easily become a vehicle for or a victim of illegal activities perpetrated by their customers. They need to protect themselves by means of continuous vigilance through an effective KYC programme. Assets under management, or held on a fiduciary basis, can pose particular reputational dangers.