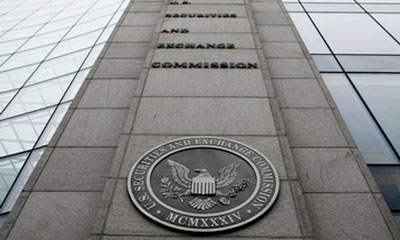 According to the SEC’s order instituting a settled administrative proceeding, Oppenheimer engaged in two courses of misconduct. The first involved aiding and abetting illegal activity by a customer and ignoring red flags that business was being conducted without an applicable exemption from the broker-dealer registration requirements of the federal securities laws. The customer was Gibraltar Global Securities, a brokerage firm in the Bahamas that is not registered to do business in the U.S. Oppenheimer executed sales of billions of shares of penny stocks for a supposed proprietary account in Gibraltar’s name while knowing or being reckless in not knowing that Gibraltar was actually executing transactions and providing brokerage services for its underlying customers, including many in the U.S. The SEC separately charged Gibraltar in 2013 for its alleged misconduct.

The SEC’s order finds that Oppenheimer failed to file Suspicious Activity Reports (SARs) as required under the Bank Secrecy Act to report potential misconduct by Gibraltar and its customers, and the firm failed to properly report, withhold, and remit more than $3 million in backup withholding taxes from sales proceeds in Gibraltar’s account. Oppenheimer also failed to recognize the resulting liabilities and expenses in violation of the books-and-records requirements, and improperly recorded transactions for Gibraltar’s customers in Oppenheimer’s books and records.

According to the SEC’s order, the second course of misconduct involved Oppenheimer again engaging on behalf of another customer in unregistered sales of billions of shares of penny stocks. The SEC’s investigation, which is continuing, found that the sales generated approximately $12 million in profits of which Oppenheimer was paid $588,400 in commissions. The firm’s liability stems from its failure to respond to red flags and conduct a searching inquiry into whether the sales were exempt from registration requirements of the federal securities laws, and its failure reasonably to supervise with a view toward detecting and preventing violations of the registration provisions.

“Despite red flags suggesting that Oppenheimer’s customer’s stock sales were not exempt from registration, Oppenheimer nonetheless allowed unregistered sales to occur through its account, failing in its gatekeeper role,” said Andrew J. Ceresney, Director of the SEC’s Division of Enforcement. “These actions against Oppenheimer demonstrate that the SEC is fully committed to addressing lax AML compliance programs at broker-dealers through enforcement action. The sanctions imposed on Oppenheimer, which include admissions of wrongdoing and $20 million in monetary remedies, reflect the magnitude of Oppenheimer’s regulatory failures.”

The SEC’s order requires Oppenheimer to cease and desist from committing or causing any violations and any future violations of Section 15(a) and 17(a) of the Securities Exchange Act of 1934 and Rules 17a-3 and 17a-8, and of Section 5 of the Securities Act of 1933. In addition to the monetary remedies, Oppenheimer agreed to be censured and undertake such remedial measures as retaining an independent consultant to review its policies and procedures over a five-year period.