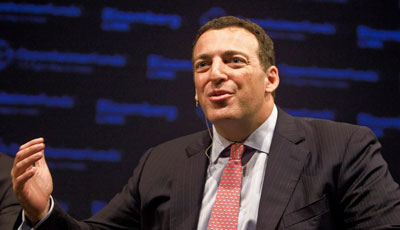 ‘These are the best conditions we’ve seen since 2008,’ says Roy Niederhoffer

Recent market volatility caught many investors flat-footed. Among the few winners were traders who let a computer be their guide.

Hedge-fund managers who employ complicated, automatic-trading strategies made millions off the wild swings in currency and commodity markets in recent weeks, investors said.

Many of these so-called quants——including Leda Braga ’s BlueTrend fund, Cantab Capital Partners LLP and R.G. Niederhoffer Capital Management Inc.—performed well because they positioned themselves ahead of market moves that befuddled traditional investors. In many cases, they ramped up bets on the momentum against the euro and reaped a huge win when the Swiss National Bank removed its currency peg, pushing the euro down deeper.

They also have capitalized on what was until recently a consistent plunge in oil prices without worrying about when they would hit a bottom.

The volatility is a rare treat for automated traders, who make their livings jumping on markets moving out of sync but have been stymied by the placid markets since the crisis and yearslong march higher for U.S. stocks and other related assets.

“These are the best conditions we’ve seen since 2008,” said Roy Niederhoffer, whose eponymous $700 million hedge-fund firm’s main fund shot up nearly 14% in January, an investor update showed. “Volatility has returned with a vengeance in every sector.”

The Newedge CTA Index, a broad measure of traders who use futures, options and other financial instruments to make rapid-fire bets on market moves, rose 4.4% last month, its second-best showing in six years. That is more than the average hedge fund made in all of 2014, according to research firm HFR Inc.

“There are a lot of ways to make money all of a sudden,” said Jonathan Gane, chief executive of Common Sense Investment Management LLC, which invests in quantitative hedge funds.

Despite the popular conception of hedge funds as masters of global economic trends, these managers typically don’t have a strong view of where individual markets are headed. Instead, they frequently use significant leverage, or borrowed money, to invest based on momentum, using computer models to forecast which prices will continue rising or falling. That can pay off in a big way even when they don’t precisely predict the headlines.

For instance, Cantab Capital, the roughly $5 billion U.K. firm founded by former Goldman Sachs Group Inc. partner Ewan Kirk, scored a 13% gain in January, according to investor documents and a person familiar with the firm.

That was the second-best month in its eight-year history, which the firm credited in part to the Swiss National Bank’s decision to scrap its franc peg.

Bond bets, including buying up Canadian government debt ahead the Bank of Canada’s surprise interest-rate cut, also helped, the investor documents show. Meanwhile, the firm had bets against energy assets across the board.

The computer-driven BlueTrend fund, run by the Brazil-born Ms. Braga, one of the most prominent women in the hedge-fund industry, produced its largest monthly win since 2008.

BlueTrend, which oversees nearly $8 billion, climbed 9.5%, representing hundreds of millions of dollars of gains on paper, an investor update shows. Ms. Braga, a former lecturer in engineering at London’s Imperial College, credited wagers on bonds for the big payoff.

It remains to be seen if the recent gains can slow a stampede of investors from such funds. BlueTrend, for one, is only half the size it was in 2013, thanks to investor redemptions amid an 11.5% loss that year. Deep-pocketed individuals and institutions pulled about $33 billion from similar hedge funds in 2014, according to eVestment.

“The big problem was that because markets were so highly correlated, there were very few trends out there,” said Duncan Crawford, global head of prime brokerage at Newedge.

Some already are shifting again. Aref Karim, founder of $70 million Quality Capital Management Ltd. in the U.K., scored a more than 13% gain in January, more than he made in all of 2014. Buying up U.S. government bonds and the dollar were some of his best bets. But he is onto the next big trade and moving money into Europe, as yields stateside “look to be bottoming and turning.”

At least one high-profile manager appears to have missed the recent turn. Two Sigma Investments LLC, the $24 billion New York hedge-fund firm, plunged more than 12% in its main computer-driven fund in January, according to an investor update sent Thursday and viewed by The Wall Street Journal. That more than wipes out the fund’s gains from the final months of 2014. Two Sigma didn’t offer investors any specific reasons for the loss.