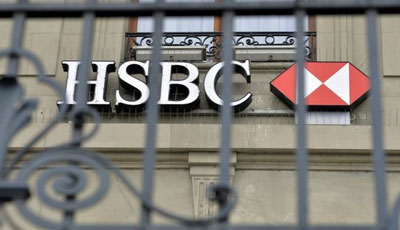 The chairman and chief executive of HSBC will appear before a panel of MPs today to answer questions about a tax scandal at the banking giant.

Chairman Douglas Flint and chief executive Stuart Gulliver will appear before MPs on the Treasury Committee.

Earlier this month it emerged that the Swiss unit of HSBC helped wealthy clients evade hundreds of millions of pounds’ worth of tax.

The chairman of the Treasury Committee Andrew Tyrie said: “The Committee is concerned about allegations involving HSBC and its Swiss private bank.

“Banks have repeatedly told the Committee that, since the crisis, they have put in place reforms to ensure that they operate on the basis of sharply improved standards.

“The Committee will need reassurance that they have done so in private banking,” he said.

HSBC said it has completely overhauled its private banking business and has reduced the number of Swiss accounts by almost 70% since 2007.

As HSBC’s former finance director, Douglas Flint is likely to face questions on where responsibility lay for overseeing the vast HSBC empire, according to BBC business editor Kamal Ahmed.

“If large parts of HSBC were able to operate outside the scrutiny of the bank’s compliance and governance processes – in Mexico as well as Switzerland – why did executives and the board not step in to rectify the situation?” Kamal said.

On Monday the former director of public prosecutions, Lord Ken Macdonald, said HSBC had left itself open to criminal charges in the UK over the tax-dodging scandal.

The QC said there were strong grounds to investigate the bank for “cheating” HM Revenue and Customs (HMRC).

He added that HMRC’s decision not to prosecute was “seriously flawed”.

In a legal opinion prepared for consumer group SumOfUs, Lord Macdonald said: “It seems clear, from the evidence we have seen, that there exists credible evidence that HSBC Swiss and/or its employees have engaged over many years in systematic and profitable collusion in serious criminal activity against the exchequers of a number of countries.

“The corporate and wholesale nature of HSBC Swiss’s apparent involvement in what amounts to grave cross border crime makes it all the more obvious that the relevant evidence, once it came the attention of HMRC, should have been the subject of urgent and sustained criminal investigation.”

Despite the evidence being in the hands of HMRC for nearly five years, no action has so far been taken against the bank.

HSBC was put under further pressure this week when details emerged about the tax arrangements of its chief executive Stuart Gulliver.

The bank confirmed that Mr Gulliver uses a Swiss bank account to hold his bonus payments.

The bank was responding to a report in the Guardian that Mr Gulliver has £5m in the account, which he controls using a Panamanian company.

The bank pointed out that Mr Gulliver lives in Hong Kong and pays taxes there and has also paid any taxes required in the UK.

The statement did not mention the Panamanian company.

Mr Gulliver was not accused of breaking any rules, but the revelation helped keep attention focused on HSBC’s activities in the tax advisory business.

The information about the Swiss accounts originated from former HSBC employee Herve Falciani in 2008.

HMRC was given the leaked data in 2010 and has identified 1,100 people, from the list of 7,000 British clients, who had not paid their taxes.

But almost five years later, only one tax evader has been prosecuted.

Earlier this month the chief executive of HMRC, Lin Homer, defended her department’s response to the data provided about the Swiss accounts.

In exchanges that were sometimes heated, MPs accused tax officials of failing to deal with the matter adequately.

Ms Homer denied she had failed to take firm action against UK citizens hiding money in HSBC accounts in Geneva.