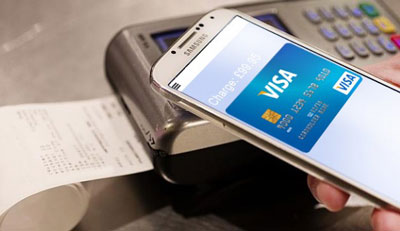 Only a few banks are available, and Verizon is still holding out

Samsung Pay, the company’s answer to Apple Pay, has officially launched today in the United States after a month-long beta program.

In theory, Samsung Pay should be an extremely handy mobile payment service. Alongside NFC payments, it also uses “Magnetic Source Transmission” technology, or MST, which emits the same kind of magnetic code that make credit card readers work. (Samsung acquired the company that pioneered this technology, LoopPay, back in February.) It’s an advantage over services like Apple Pay and Android Pay, which primarily rely on NFC technology, which is still not widely available.

On the security side of things, Samsung Pay uses what’s known as “tokenization.” Every time you make a payment, your actual credit card information isn’t sent to the terminal, rather your phone will use a temporary one that the credit card company creates for you.

Samsung Pay may be more capable than other competing services, but its availability has some limits. First, it’s only built into Samsung’s newest devices: the Galaxy S6, the S6 Edge and Edge+, and the Note 5. You also need a credit or debit card from Visa, MasterCard, or American Express card, and it has to be issued by one of just a few banks: Bank of America, Citi, American Express, and US Bank are available at launch. (Samsung Pay also works with customer loyalty cards.)

Almost all of the major carriers do already support it, though. The only holdout is Verizon, which continues to say that it is “in the process of evaluating Samsung Pay.”