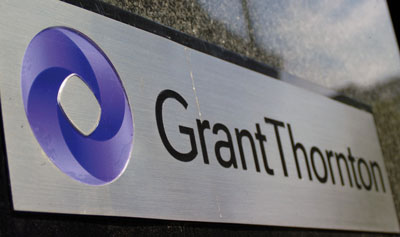 The firm’s audit and tax service lines both enjoyed an uplift of 5% to £142m and 5.5% to £96.3m, respectively. Its advisory business experienced strong growth in corporate finance – up 40%, reflecting improved economic conditions in the UK and growth in its forensic and other advisory services.

But a ‘negative’ of the strengthening British economy was a revenue fall in its recovery and reorganisation business. Excluding the poor performing recovery business, GT’s overall advisory business grew by 13%.

Other areas of “growth and opportunity” for the firm include the public sector, its complex insolvency, international investigations and business risk services, which all had “strong” years.

CEO Sacha Romanovitch said: “Ambition 2015 called for an investment in our people and in 2015, the firm took on over 300 trainees, 20% of which would not have been considered prior to the dropping of academic barriers two years ago – a move driven by the firm’s commitment to increasing access to the profession and improving social mobility.

Romanovitch said the number five Top 50 + 50 firm had invested in creating higher level apprenticeships in innovation, growth and business administration and had been awarded ‘champion’ status by the government for “demonstrating leadership and exemplary practice in the field of social mobility”.

GT’s CEO concluded: “In 2012 we set out bold goals for our Ambition 2015 and I’m delighted that we have been able to deliver over and above on these.”