Why are Some Currencies Stronger than Others? 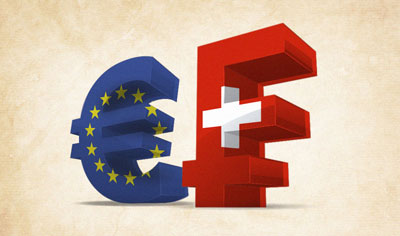 The currency market is a reflection of the spending power and the demand for assets within a country or union. The higher the demand for assets within the country, the more investors will need to purchase that country’s currency to buy those assets. When capital flows begin to move into a country, that currency experiences upward pressure. In addition, when the interest rates in one country increase in value relative to another countries interest rates, capital flows move to the higher yielding currency.

A currency pair is made up of two specific currencies, and the exchange rate reflects the delivery of the exchange at a certain period. The spot market, is the most liquid currency market, where the exchange of each currency occurs in two days from when the transaction takes place. If you want to own a currency pair for more than 2-days then you may need to participate in the forward market.

Many traders are attracted to higher yielding currencies as you are paid to hold on to the position for the period in question. You are in essence receiving a bond. The higher the relative interest rate the more attractive the currency. This does not always make the currency stronger. If the currency is volatile then the interest rate gain may quickly be lost by a devaluation in the currency.

When investors are purchasing stock markets that are rising in value, the currency of that market is likely to benefit as international traders purchase that country’s currency to benefit from higher stock prices. Capital flows are generally beneficial to a country.

The most recent central bank trick is quantitative easing which helps a currency drop in value. This can be beneficial toward increasing exports and economic growth. Not only are there methods that make some countries have strong currencies, but there are many ways including quantitative easing that can make a currency weak.