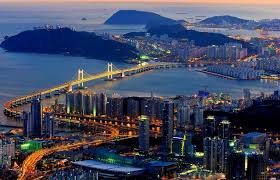 Most people around the world know Korea because of the threat for world stability that is posed by Kim-Jong un, the young leader of Pyongyang, North Korea. Indeed, it is a serious threat, especially for the people living in South Korea. The problems between the North and South Korea are not new, and have existed since the early 1950s and the division of the peninsula after the 1950-1953 Korean war. In the aftermath of the war, the country was in ruins and the people of South Korea endured extreme poverty. However, in less than four decades, the country was remarkably transformed into one of the world’s leading economies (13th largest economy according to IMF’s 2014 figures), and its capital, Seoul, a thriving metropolis and a major economic hub in Northeast Asia. This was mainly an export-driven economic growth, led by its multinational conglomerates (known as “chaebols”) such as Samsung, LG, and Hyundai. Korean companies are now among the global leaders in smart phones, TVs, computers, cars, etc. but also involved in construction of oil tankers, container ships, skyscrapers, highways, shopping malls all around the world. South Korea is the only country in the world that has transitioned from a major recipient of foreign aid (mainly from the U.S.) to a major donor (particularly to North Korea).

The term that is used for the country’s recovery is “Miracle on the Han River”, referring specifically to the growth of Seoul through which the Han river flows. Right now, Seoul is one of the most modern, technologically-advanced cities in the world, offering a very dynamic and exciting lifestyle to its people. It’s also the city that hosted the 1988 Summer Olympics while the country has been the co-host of the 2002 FIFA World Cup. I had the privilege and pleasure to live, work, and experience this remarkable city for almost four years (2007-2010) working as an Assistant Professor of Finance at SKK Graduate School of Business. Before moving to Seoul, I did not have high expectations but it ended up being an amazing experience with lots of valuable lessons. The reason that I decided to write this article is, given my experience, to highlight the key points of why South Korea has transformed into an economic powerhouse in relatively short period of time, i.e. what are the main drivers that led to this remarkable recovery?

1. Culture – The Confucian thought has been instrumental in developing and shaping the Korean society. Confucianism is affecting the relations between old and young, ethical behavior, morals, and even forms the basis for the Korean legal system. Ethical behavior (or morals) in all aspects of society are instrumental for the advancement of a country. Ethics/integrity is instilled in Korean society from a very early age, and that shapes their character.

2. Vision – The Korean leaders had a vision to transform the country to an industrial and hi-tech powerhouse. They invested a lot in the chaebol system, by helping them grow and drive forward the nation’s economy. They succeeded, but that involved careful planning, organization, and above all, patience! Unfortunately, in many countries around the world, leaders are more concerned about the results of the next election which distracts them from working on a long-term goal.

3. Collectiveness – Koreans have always come together at time of crisis, to help the nation (in the aftermath of the Korean war or during the East Asian financial crisis of 1997-98). I read stories that during the 1998 crisis, about 3.5 million people have come together and donated gold (around 227 tons) to raise the country’s reserves to repay the IMF debt. This was more of a symbolic effort, but it highlights the collectiveness of the people at times of crisis.

4. Investment on Education – The Koreans have invested a lot on education, from the early stages up to university level. They have managed to create exceptional educational centers that are now world-renowned. These centers/schools provide the human capital for the chaebols that transformed the country into a hi-tech and industrial powerhouse.

5. Work Ethic – The Koreans work long hours, again starting from a very young age all the way into their professional career. There is intense competition to get into the top universities of the country, and intense competition to succeed in their career. Although working long hours can have drawbacks as they are left with very little free or family time, it is major reason for the success of the country.

I think for western societies it’s worth studying carefully the South Korean miracle. It can provide valuable lessons. Personally, I learned a lot from my experience there.