Investors are still betting big on gold. What do they know that you don’t? 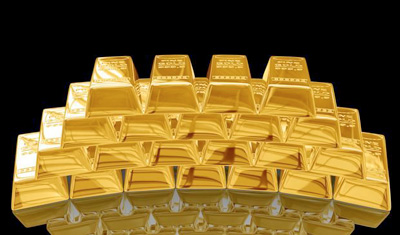 The stock market may be back on track, but nervous investors are still showering gold with tons of love.

An impressive $13.4 billion was poured into gold assets over the past 11 weeks, according to Bank of America Merrill Lynch. That’s the largest sustained weekly inflow for gold since during the 2009 financial crisis.

Gold is considered a safe asset that tends to rise in demand when people are worried about the economy or fear inflation. Gold skyrocketed earlier this year amid concerns of a recession andbear market in stocks. Gold is up 15% to $1,221 an ounce in 2016, crushing stocks and bonds.

The fact that investors are still betting big on gold is interesting since markets have calmed down considerably. Recession fears have receded, and oil prices have stopped crashing. The Dow is up about 2,000 points from its February 11 low and recently turned positive on the year.

All of this suggests “uncertainty about the future and a concern that some nasty surprises might lie ahead,” Barclays analyst Kevin Norrish wrote in a recent report.

Many investors believe volatility will return later this year as the Federal Reserve attempts to raise interest rates. Others are concerned about unforeseen consequences linked to the experiments with negative interest rates by global central bankers in Europe, Japan and elsewhere.

This week Bank of America flagged a new global risk that would likely help gold: stagflation. It’s a nasty mix of stagnant growth, high unemployment and rising prices. The U.S. suffered through a stagflation experience in the 1970s when the OPEC oil embargo caused energy prices to skyrocket.

“Investors have been focused on deflation risks but may be underpositioned for rising inflation,” Bank of America wrote.

To be sure, stagflation doesn’t look like an imminent risk — inflation is rising but remains very low — and even BofA said it’s not the bank’s base-case scenario.

However, BofA thinks stagflation is a growing risk. During periods of stagflation, BofA said, slow growth and high inflation cause stocks to stumble and commodities — especially oil and gold — to outperform.

Even though gold has already had a terrific 2016, Capital Economics believes the yellow metal has more room to run. The firm expects gold to rise another 10% before ending the year around $1,350 an ounce.