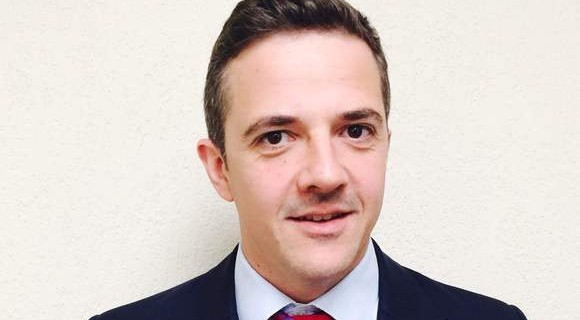 Trouble in the US led to a contagion melt down across the Channel last year – and while American markets have bounced back, there are still opportunities in Europe

Emma Wall: Hello, and welcome to the Morningstar series, “Why Should I Invest With You?” I’m Emma Wall and I’m joined today by Robin Milway, Manager of the New Capital Dynamic European Equity Fund. Hi, Robin.

Wall: So, I thought we’d start with the markets; down 18% off last year’s highs, although of course last year was still up from the lows post credit crisis. What has dragged the European equity markets down so much?

Milway: So, you could say the investing in Europe is quite a rollercoaster; I guess, it has been the last few years. I think the weakness for Europe at the end of the day is the old adage that when U.S. sneezes Europe catches a cold. But ultimately, the U.S. has rebalanced and the sentiment has turned – or maybe more rationalized, I would say. And while that dragged the U.S. down, that dragged everybody down for a period of time, the U.S. has rebounded quite vigorously since then and Europe has probably stayed a little bit in the doldrums to a certain extent through its own making, I think, as earnings have come through, people realised that the heterogeneity of Europe is still there, the complexities still exist and we’re still working through the problems. It’s been interesting to see but that is where the value opportunity lies. From a global perspective, at this point in time, you’ve probably got to say Europe, maybe parts of Asia, but certainly in developed markets, Europe is most interesting.

Wall: Absolutely, because if you liked the stock last year, you’re definitely going to like it now, but it’s a fifth cheaper.

Milway: Absolutely. I mean, you could have argued, which we did last May, that European markets were too expensive and of course, that came down naturally. But the momentum has carried it a little bit further and of course, as markets tend to go overshoot on the upside and the downside then, yeah, that’s where the opportunity lies.

Wall: Looking then at those opportunities, and indeed, your fund, your largest sector exposure is to financial services and I think a lot of retail investors will think European financial services and flags will be raised and they will think of those heavily indebted periphery country banks which led the euro crisis. I’m presuming that they are not the ones you’ve chosen to have exposure to.

Milway: Correct. I think people raising flags to a lot of European financial institutions, is probably the right thing to do still. However, there are a couple of points I guess that you could say in terms of what – how to think about financials. The first one is that systemically the risk does not exist in the way that it did post the global financial crisis and during the European crisis. It’s just not there. Banks have been cleaned up to a large extent. Capital is way, way stronger than what it was even three, four years ago. So, there is that aspect. Systemic has disappeared. The second aspect is that at the high level for sure you don’t want to be investing in various banks, for example, that are struggling on interest rates, et cetera. However, once you do a bit of digging around, there is plenty of opportunity. Even in banks to a certain extent there are – some that are growing, banks with great business models, in terms of positioning, in terms of balances sheets’ cleanliness and also, from a management certainly perspective.

Wall: But it comes into stock picking then?

Milway: Absolutely, yeah, as always. Now, you have ware the odd month/quarter of underperformance as sentiment takes hold. But over the long term and probably I would argue maybe in terms of the better companies outperforming in a poor sector that was, I mean, anything over a six-month time horizon I think typically tends to play out.

Wall: I suppose it’s also worth arguing or pointing out that this is a very diverse sector. Financial services is not just banks. It includes banks, includes asset managers, it includes insurers; it even includes stock brokers and online platforms. So, there is a wide range of stocks for people like you to choose from?

Milway: Correct. Europe is incredibly diverse. The way that they are structured – obviously, the continent exists just leaves a huge degree of heterogeneity in terms of there are sub-sectors within financials, in terms of business models, in terms of personalities, people, which obviously drive the businesses ultimately and for a stock picker like myself, like ourselves on the fund, it just gives so much opportunity at this point in time as well. And don’t forget, of course, that for every company that’s probably doing badly out there, certainly in financials, it’s often true that there is a company that is doing well out of that as a result that is able to benefit from the misfortune of others as such.

Wall: Robin, thank you very much.

Wall: This is Emma Wall for Morningstar. Thank you for watching.