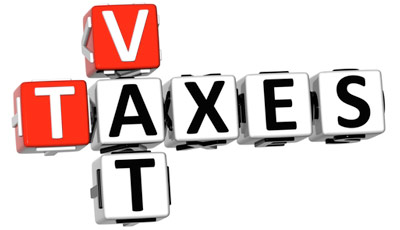 The European Commission has released a paper recommending improvements to France’s “inefficient” value-added tax system, including that the country do away with broadly applying reduced VAT rates.

The paper notes that France faces significant fiscal challenges; Its tax burden is among the highest in the EU, and despite reforms, its high labor tax burden is hampering the nation’s competitiveness.

The Commission has recommended that comprehensive reform of the French VAT system could help fund growth-enhancing tax cuts and reduce complexity for taxpayers.

VAT receipts in France were below the EU average in 2014 as a percentage of total tax revenue, at 14.5 percent, compared with an EU average of 17.5 percent.

The paper says: “Since VAT is easier to administer and relatively less harmful to growth compared with other forms of taxation, increasing revenues from VAT could be important in alleviating the tax burden on labor, which remains relatively high in France despite the recent policy initiatives to reduce it.”

The paper discusses the current VAT rate structure in France and identifies channels for potential efficiency and revenue gains. It says, in comparison with other member states, the extensive application of reduced rates and the use of exemptions diminish the revenue efficiency of the VAT system.

“The revenue foregone from reduced VAT rates and exemptions considered as tax expenditures by the French authorities carry a substantial budgetary cost of around one percent of GDP,” the paper says.

In addition, France applies lower tax rates than the EU member states on average for most categories of goods and services subject to reduced VAT rates (2.1 percent, 5.5 percent, and 10 percent).