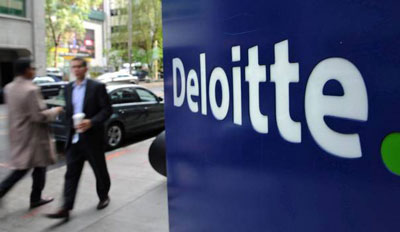 A Dubai-based investment group is suing the Middle Eastern arm of Deloitte and Touche after the accounting firm failed to flag up money laundering at a now-defunct Lebanese bank.

Lebanese Canadian Bank paid over $100 million, or £76 million, in 2011 to settle claims brought by US authorities that it was involved in laundering drug money and funnelling funds to Hezbollah and other militant organisations.

Deloitte and Touche has been the bank’s main auditor from 1995 and remains its auditor in liquidation.

LCB was shut down after an investigation by the US Federal Bureau of Investigations and Drug Enforcement Administration, and most of its assets were sold to Societe Generale.

Nest Investments Holdings, along with 10 other minority shareholders, is preparing to bring a negligence lawsuit against the accounting firm and Middle East managing partner Joseph El Fadl at the Dubai International Financial Centre.

“Deloitte has not been served (as per DIFC regulations) with the claim you refer to and as such we cannot comment on such allegations put forward by the claimants,” Deloitte said in an emailed statement. “Additionally, our confidentiality obligations towards our client (the bank) as well the relevant regulator(s), prevent us from any comment on this matter. We are confident that we have served our client with highest degree of integrity and professionalism, and we stand by the quality of our work.”

The US Treasury said in a 2011 report that LCB bank accounts were used “extensively by persons associated with international drug trafficking and money laundering” as a result of “management complicity.” Nearly $230 million of illicit funds had passed through LCB’s accounts while Deloitte and Touche were in charge of reviewing the bank’s books.

“Deloitte and Touche Middle East failed in their duty as auditors because Mr El Fadl’s team allowed their relationship with LCB senior management and majority shareholders to become compromised,” the claimants said in an emailed statement. “DTME failed to adhere to Deloitte’s high global standards on integrity, professionalism and objectivity.”

Deloitte is not the only one to face legal action after failing to call out bad behaviour at a bank.

The global accounting firm PricewaterhouseCoopers is being sued for $5.5 billion (£4 billion)in a Florida court after failing to spot the fraud that led to the sixth-largest banking collapse in US history.

Trustees for the Taylor Bean & Whitaker Mortgage Corporation, which went bankrupt in 2009, accused PwC of negligence in its audits of the bank’s parent company, Colonial Bank. Top executives of TBW faked loan data for seven years starting in 2002, sending information on mortgages that either did not exist or had already been pledged to other investors to Colonial, the parent bank.