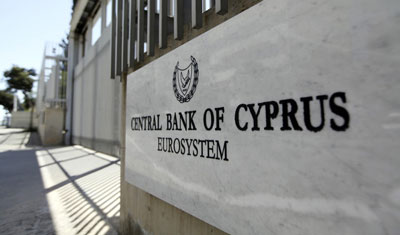 The Central Bank of Cyprus (CBC) has issued an announcement to inform for the imposition of fine on Public Joint-Stock Company Commercial Bank “Privatbank” (Cyprus branch).

According the CBC’s announcement, within the remit of exercising its supervisory role, may take, under subsection (6) of section 59 of the Prevention and Suppression of Money Laundering Activities Laws of 2007 to 2016, all or any of the measures listed therein in the event of non-compliance by a supervised person with the legal and regulatory framework for preventing and combating money laundering. The decision is based on the procedures and principles of administrative law, therefore the CBC, inter-alia, provides the person concerned the opportunity to be heard before taking a final decision.

In this respect, the CBC, by a decision dated 31 October 2016, has decided to impose sanctions in the form of a fine on Public Joint-Stock Company Commercial Bank “Privatbank” (Cyprus branch) amounting to €1.535.000 for failure to comply with certain provisions of the Prevention and Suppression of Money Laundering Activities Laws of 2007 to 2016 and of the Directive issued by the CBC for the Prevention of Money Laundering and Terrorist Financing, December 2013 (Fourth Edition). If the fine is paid within a specified time limit, it will be reduced by 15% or €230.250.

The imposition of the fine arises from the findings of an on-site examination at Public Joint-Stock Company Commercial Bank “Privatbank” (Cyprus branch) conducted in May 2015.

In response to the Cyprus Central Bank’s announcement of the fine, the Ukrainian bank “Privatbank” issued a press release and announced that it has fully complied with financial regulations in Cyprus.

PrivatBank highlighted the statement by the Head of Banking Supervision at the Central Bank, Yiangos Demetriou, who clarified that the recently imposed fine was related to gaps in the implementation of antimony-laundering framework. The supervisor’s audit did not revel any actual case of money laundering and, if it had, the case would have been referred to Mokas, the country’s anti-money laundering squad.

PrivatBank also highlighted that they will continue to operate in Cyprus to provide essential financial services and continue to work closely with the Central Bank in a transparent and effective manner.

The Bank intends to pay the imposed fine ahead of the specified amount of time.