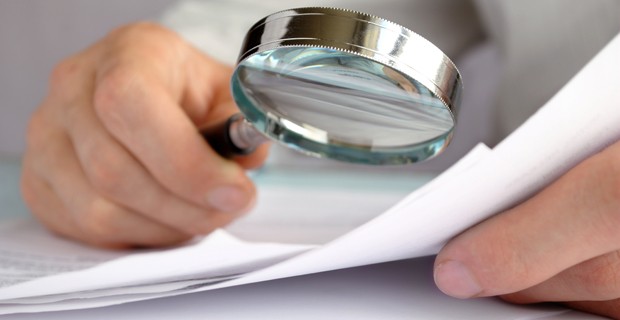 Financial Services Superintendent Maria T. Vullo today announced that Agricultural Bank of China (the Bank) will pay a $215 million penalty and install an independent monitor for violating New York’s anti-money laundering laws. The fine is part of a consent order entered into with the Department of Financial Services (DFS) pursuant to which the Bank shall take immediate steps to correct violations, including engaging an independent monitor reporting directly to DFS to address serious deficiencies within the bank’s compliance program and implement effective anti-money laundering controls. The DFS investigation discovered intentional wrongdoing, including actions by bank officials to obfuscate U.S. dollar transactions conducted through the New York Branch that might reveal violations of sanctions or anti-money laundering laws. The Bank also silenced and severely curtailed the independence of the Chief Compliance Officer (CCO) at the New York Branch, who tried to raise serious concerns to Branch management and conduct internal investigations regarding suspicious activity, leading the CCO to ultimately resign.

“DFS will take swift and appropriate action when our investigation finds egregious conduct and intentional circumvention of a regulated bank’s compliance program,” said Financial Services Superintendent Maria T. Vullo. “Central to bank management’s responsibilities is creating, fostering, and maintaining a healthy culture of compliance, which is foundational to effective risk management. The failure of a strong compliance program at the New York Branch of the Agricultural Bank of China created a substantial risk that terrorist groups, parties from sanctioned nations, and other criminals could have used the Bank to support their illicit activities. The failure of the Bank to have a robust and operationally functioning compliance program warrants the serious sanctions and remedial action that DFS is taking today, with an independent monitor in place to review specific transactions over a prior 18-month period.”

DFS examiners found that the New York Branch of Agricultural Bank of China has conducted U.S. dollar clearing in rapidly increasing volumes since 2013 through foreign correspondent accounts, even after DFS warned the Bank not to increase its dollar clearing transactions until it significantly improved its compliance function. The Bank willfully ignored DFS’s warning and dollar clearing transactions by the Bank at the New York Branch skyrocketed in 2014 and 2015, creating an untenable risk at a time when the Bank was not able to satisfy even basic compliance requirements.

The Bank also was found to employ non-transparent and evasive transaction methods, including sending coded messages through the Society of Worldwide Interbank Financial Telecommunication (SWIFT) system that masked the true parties to a transaction and avoided screening by DFS. The SWIFT wire message system permits bank compliance staff to screen and monitor transactions in compliance with BSA/AML requirements, OFAC regulations, and the requirements of DFS and other regulators.

When the CCO brought the coded SWIFT messages to the attention of bank management in the Fall of 2014, the CCO was told to refrain from communicating with regulators and was effectively silenced. Having lost the ability to comply with the law and do the job required, the CCO eventually resigned from the Bank in May 2015. The CCO’s departure was followed by the resignation of much of the remaining compliance staff in August 2015.

Other findings of the DFS investigation into the New York Branch’s compliance function include:

Today’s action highlights the importance of DFS’s new risk-based anti-terrorism and anti-money laundering regulation that requires regulated institutions to maintain programs to monitor and filter transactions for potential BSA/AML violations and prevent transactions with sanctioned entities. The regulation, which takes effect on January 1, 2017, requires regulated institutions to submit an annual board resolution or senior officer compliance finding confirming the steps taken to ascertain compliance with the regulation.

Under the consent order, Agricultural Bank of China will retain and install an independent monitor within sixty days of its selection by DFS for two years to conduct a comprehensive review of the effectiveness of the Branch’s program for compliance with the BSA/AML requirements and the state laws and regulations.

The Independent Monitor will also conduct a review of the New York Branch’s U.S. dollar clearing transaction activity from May 1, 2014 through October 31, 2015, to determine, among other things, whether transactions inconsistent with or in violation of the OFAC Regulations, or suspicious activity involving high risk customers or transactions or possible money laundering at, by, or through the Branch, were properly identified and reported in accordance with the OFAC Regulations and suspicious activity reporting regulations and New York law. Findings by the Independent Monitor as a result of the 18-month look-back could subject the Bank to additional enforcement action. The Independent Monitor will be selected by and report directly to DFS.