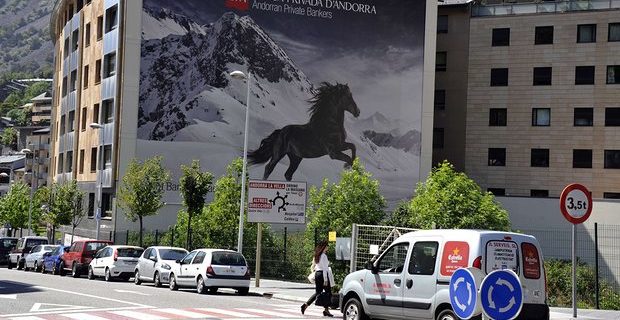 Andorran lawmakers have agreed to end banking secrecy in the Pyrenees mountains principality, approving automatic sharing of information on accounts held by non-residents.

The General Council, Andorra’s unicameral parliament, approved a measure that will come into effect from January 2018 for accounts held by people from EU countries.

“Not approving this would have sent a very negative message to the world,” said the finance minister, Jordi Cinca.

Banking accounts for 20% of the economy in the nation of barely 90,000 citizensnestled in the Pyrenees between France and Spain.

Andorra was briefly on the OECD’s “grey list” of non-cooperative tax havens drawn up as part of a crackdown on tax evasion after the global financial crisis.

In 2015 the Banca Privada d’Andorra (BPA), the principality’s fourth-largest bank, was accused by US treasury officials of taking bribes to channel profits and facilitate laundering of cash from Russian and Chinese organised crime as well as Venezuela’s state oil firm PDVSA.

The charge led Andorran regulators to take control of the bank, whose chief executive was arrested.

Andorra follows Monaco, Switzerland, Liechtenstein and San Marino in signing a deal with the EU, which wants to cut down on fraud and tax evasion via neighbouring countries.