EU accused US of ‘acting like a tax haven’ 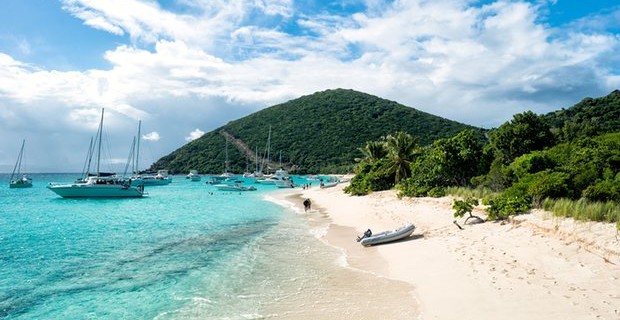 US accused of ‘acting like a tax haven’ for threatening retaliation against Brussels’ anti-trust investigations into Apple, Amazon and Starbucks

The US has been accused of “behaving like a tax haven”, in an escalating war of words between Washington and Brussels over the European commission’s anti-trust cases against Apple, Amazon and Starbucks.

On Wednesday, the US Treasury threatened retaliation if Europe continues its tax crusade against American multinationals.

Margrethe Vestager, Europe’s top anti-trust regulator, is expected to conclude her state aid investigation into Apple as early as next month. If her ruling goes against the Californian tech group, it could be ordered to hand over as much as $19bn (£14.4bn) in unpaid taxes to the Irish government.

A white paper commissioned by the US Treasury secretary, Jack Lew, accused Europe of targeting American companies disproportionately and behaving like a “supranational tax authority”. The claims have now prompted a swift rebuttal from MEPs and the European commission.

“The US Treasury prefers defending the interest of its multinationals rather than promoting international cooperation to fight corporate tax avoidance,” said Molly Scott Cato MEP, a spokeswoman for the Green party on tax affairs in the European parliament.

Campaigners are furious because the US has failed to back two major initiatives designed to combat tax avoidance and money laundering. They are the creation of public registers of the owners of private companies and the automatic sharing of bank account information between countries, known as the Common Reporting Standard.

“The US is behaving like a tax haven by operating a deferral system which allows US companies to stash profits offshore,” said Cato. “The commission is seeking to prevent exactly this sort of free-riding and to ensure that tax is paid where economic value is added.”

America’s 500 largest companies have accumulated a record $2.4tn offshore, according to the pressure group Citizens for Tax Justice. The money, which comes from sales outside of their domestic market, has built up in tax haven subsidiaries because multinationals are refusing to bring the cash into the US, where it would incur a 30% corporation tax charge.

Anneliese Dodds MEP, tax lead for Labour in the European parliament, said: “The timing of this [white paper] seems highly suspect, falling as it does right in the middle of election season in the US. Instead the US government should be working with the EU commission to clamp down on tax evaders and aggressive tax avoiders, rather than criticising attempts to make the system fairer.”

The EU commission said on Wednesday: “All companies, no matter their nationality, generating and recording their profits in an EU country should pay taxes in line with national tax laws.

“Under EU state aid rules, national tax authorities cannot give tax benefits to selected companies that are not available to others. These state aid rules and the relevant legal principles have been in place for a long time.”

Lew’s white paper threatened retaliation, saying the US “continues to consider potential responses should the commission continue its present course”. Existing tax treaties could be revised and this would have a “chilling effect” on US investment into Europe, it claimed.

The commission has already ruled that tax advantages negotiated by Starbucks with the Netherlands government and by the Italian carmaker Fiat with Luxembourg amounted to illegal state aid, with €20m-€30m potentially owed by each company. In January, the commission took a preliminary view that Amazon’s deal with Luxembourg also amounted to state aid. A final decision is pending.

Apple boss Tim Cook has dismissed the claim that his company avoids taxes overseas as “political crap”. The iPhone maker has paid as little as 2% in tax on its international profits, most of which are routed through Ireland. Cook told theWashington Post earlier this month: “I hope that we get a fair hearing. If we don’t, then we would obviously appeal it.”

Alex Cobham, research director at the pressure group Tax Justice Network, said: “The US Treasury has fired the first shots of a tax war with Europe. And while it’s wrapped up in a claim to defend international tax cooperation, it looks more like an attempt to prevent an effective measure against international tax-dodging.”