Malta accused of being tax haven as it takes EU presidency 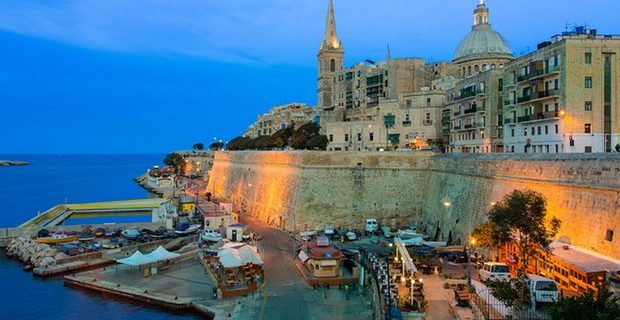 Malta has been accused of being a tax haven, just as it takes the helm of the European Union in a critical year for the bloc’s crackdown on tax avoidance.

The EU’s smallest member state helped multinationals avoid paying €14bn (£12.1bn) in taxes between 2012 and 2015 that would have gone to other countries, according to a report commissioned by Green MEPs in the European parliament.

Malta could be deemed a tax haven according to EU’s own criteria, concludes the report, which was written by accountancy lecturer Tommaso Faccio of Nottingham University Business School.

Malta, which has a population of 430,000, took over the EU’s rotating presidency on 1 January. During its six months at the helm, EU finance ministers will discuss legal proposals that would require large multinationals operating in Europe to disclose profits earned and taxes paid – “country by country” reporting that has long been demanded by transparency campaigners. The EU’s 28 countries will also attempt to advance work on a list of tax havens, promised by the end of the year.

Tax campaigners are questioning whether Malta has the political will to push this agenda, pointing out that the government does not mention tax in its presidency priorities.

Sven Gielgold, a German Green MEP who campaigns on taxation, told the Guardian the study showed Malta was a tax haven, according to EU criteria. “The tax system in Malta is generous to say the least, with large companies routinely paying as little as 5% tax on their profits. This is completely unacceptable and raises serious questions.”

On paper, Malta has the highest corporation tax in the EU – 35%. But the report states that the actual rate is only 5%, once generous refunds on dividends are taken into account, an analysis backed up by an earlier studyfrom the EU executive.

The latest report also singles out an elaborate regime of tax breaks for intellectual property that amount to “aggressive tax planning”, allowing some companies to pay zero corporation tax.

Malta, however, has agreed to phase out its patent-box scheme, which allows some companies to pay zero corporation tax on a broad definition of intellectual innovation.

The report states that between 2012 and 2015 close to €14bn in taxes was lost to other nations’ treasuries, because of Malta’s regime on dividends earned in foreign countries.

Only the Netherlands, Belgium and Cyprus were deemed to have more indicators of aggressive tax planning. The UK was judged to have eight such indicators, according to the study, which assessed 33 different policies to determine whether a government was helping companies to avoid paying tax.

A government spokesperson rejected the claims in the report, pointing to a range of technical standards the Maltese government had adopted through the EU and the Organisation for Economic Cooperation and Development, the rich-country thinktank that has become an international forum for tax reform.

He pointed to the government’s promise “to carry forward” work on a number of draft EU laws on tax, including country-by-country reporting, in a documentreleased on Monday.