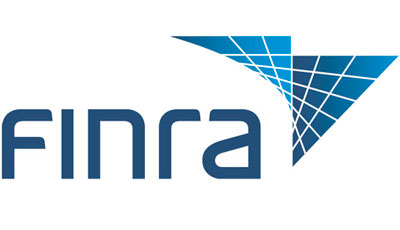 FINRA found that Credit Suisse’s suspicious activity monitoring program was deficient in two respects. First, Credit Suisse primarily relied on its registered representatives to identify and escalate potentially suspicious trading, including in microcap stock transactions. In practice, however, high-risk activity was not always escalated and investigated, as required. Second, the firm’s automated surveillance system to monitor for potentially suspicious money movements was not properly implemented. A significant portion of the data feeds into the system were missing information or had other issues that compromised the system’s effectiveness. The firm also chose not to utilize certain available scenarios designed to identify common suspicious patterns and activities, and it failed to adequately investigate activity identified by the scenarios that the firm did utilize.

Brad Bennett, FINRA’s Executive Vice President and Chief of Enforcement, said, “It’s critical that firms have effective AML systems in place so that they can comply with their obligations to review and report suspicious transactions, including those involving trading in microcap securities or potentially suspicious money transfers.”

FINRA found that from January 2011 through September 2013, Credit Suisse failed to effectively review trading for AML reporting purposes. The firm expected its registered representatives, who were the primary contact with the customers, to identify and report to its AML compliance department activity or transactions that were unusual or suspicious based on “red flags” described in Credit Suisse’s AML policies. Its AML compliance department was then required to investigate the potentially suspicious activity, document its findings and file Suspicious Activity Reports (SARs) where appropriate. However, the systems and procedures the firm used to monitor trading for other purposes were not designed to detect potentially suspicious activity in order to cause the filing of a SAR, where appropriate, and the other departments and branches of the firm did not effectively assume responsibility for reviewing trading for AML reporting purposes. For example, the trading of one of the firm’s customers, a New York-based hedge fund, followed patterns commonly associated with microcap fraud, such as depositing and then quickly selling, with the proceeds being wired out of the account shortly thereafter. However, no one at the firm reviewed the activity in the account for AML purposes.

In addition, Credit Suisse’s reliance on representatives to escalate potentially suspicious trading failed to account for the fact that most orders it received from its foreign affiliates came in to the firm electronically and thus were not seen by the firm’s sales traders.

FINRA also found that from January 2011 through December 2015, Credit Suisse failed to effectively review potentially suspicious money transfers. The firm used an automated surveillance system to identify red flags of potentially suspicious activity. FINRA found that the firm failed to implement the automated surveillance system properly, including by failing to ensure that the data that was being fed into the system was adequate and by failing to utilize available scenarios that were applicable to the money-laundering risks presented by its business. Although Credit Suisse self-identified some of the deficiencies and retained a consulting firm to assist in evaluating them, the firm initially failed to devote adequate resources to resolve the issues in a timely fashion, and some of the deficiencies remain unresolved today. In addition, FINRA found that Credit Suisse did not have adequate staffing to review the tens of thousands of alerts the automated system generated in any given year.

Additionally, FINRA found that Credit Suisse’s procedures were deficient as it relates to compliance with the prohibition of the sale of unregistered securities. Certain Credit Suisse customers deposited and sold microcap shares through the firm, which should have raised red flags indicating that the shares were potentially part of an illegal distribution. The firm’s procedures failed to instruct its representatives, prior to executing trades in microcap securities, how to determine whether those securities were registered or subject to an exemption from registration. These failures extended to potentially suspicious trades made in omnibus accounts of the firm’s foreign affiliates. As a result, FINRA found that from 2011 to 2013, the firm facilitated the illegal distribution of at least 55 million unregistered shares of securities. The firm subsequently implemented additional procedures limiting the trading of microcap securities.

FINRA’s AML Investigative Unit identified the violations during an examination of the firm. The investigation was conducted by the Department of Enforcement.

In settling this matter, Credit Suisse neither admitted nor denied the charges, but consented to the entry of FINRA’s findings.