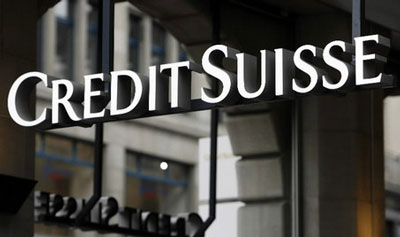 The second procedure relates to a significant business relationship for the bank with a politically exposed person (PEP). In this instance too, FINMA identified deficiencies in the anti-money laundering process, as well as shortcomings in the bank’s control mechanisms and risk management.

FINMA has decreed measures to further improve anti-money laundering processes and to accelerate the implementation of steps already initiated by the bank. It will commission an independent third party to monitor the implementation and effectiveness of these measures.

FINMA has conducted investigations at several banks since 2015 in relation to suspected corruption involving FIFA, Petrobras and PDVSA. The objective of these inquiries was to establish whether clients of Swiss banks were involved and whether the banks had complied with regulatory provisions, particularly as regards combating money laundering. FINMA commissioned an investigation to establish the relevant facts at Credit Suisse AG. The investigation covered the period from 2006 to 2016. FINMA launched one integrated enforcement procedure in February 2017 due to the commonalities among the three cases. In September 2018, FINMA concluded this integrated enforcement procedure as well as another procedure involving a PEP business relationship (see below).

Deficiencies in compliance with due diligence obligations relating to FIFA, Petrobras and PDVSA

FINMA determined through its enforcement procedure that Credit Suisse AG had infringed its anti-money laundering supervisory obligations in all three instances. The established shortcomings are as follows:

The identified shortcomings occurred repeatedly over a number of years, mainly before 2014. An above-average number of faults were discovered in business relationships opened by the former Group subsidiary Clariden Leu AG. The reviews of the bank’s conduct in the FIFA, Petrobras and PDVSA affairs were conducted independently of each other but show similar results.