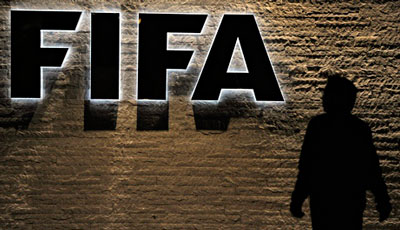 Fifa has called in two lawyers to act as mediators in conflicts with staff amid mass changes at world football’s governing body, based in Zurich.

A Fifa spokesman said that specialist labour lawyers Nirmala Dias and Andreas Blattmann would “work with employees of Fifa to explore and assist them in determining options to help resolve conflicts, problematic issues or concerns.”

Since Gianni Infantino took over the scandal-tainted body from Sepp Blatter last February, Fifa has forced out many of its top managers.

In October, medical director Jiri Dvorak left suddenly and said at the time he had not intended such an “abrupt” departure.

The head of the troubled new Fifa museum Stefan Jost, head of security Ralf Mutschke and several members of the development department have also left.

Two heads of service who allegedly told Fifa’s ethics watchdog about how Infantino used private jets have also left, according to sources within the body.

The investigators found there was no evidence to back a formal inquiry into the Fifa president.

Fifa has attributed the departures to “restructuring”.

Dias and Blattmann started their work on Tuesday.

Fifa said they would also “bring systemic concerns to the attention of the organization for resolution.” But it added that the lawyers would not have any dealings with Fifa’s member associations.