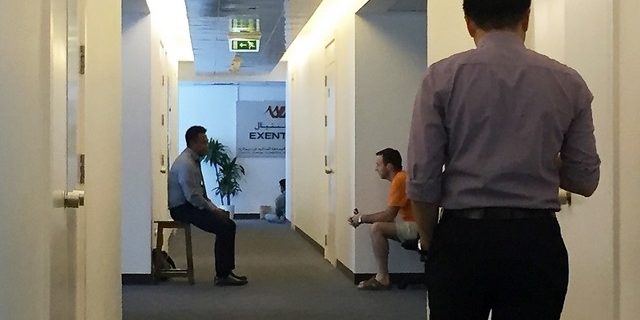 As the man behind a Dh50 million foreign exchange scheme that promised to double investors’ money is arrested for a second time, investigators are now turning their attention to a second forex fraud believed to have snared thousands of Emirates crew.

Sydney Lemos, who investors claim was the protagonist in the Exential operation run from Media City, has been rearrested and is in police custody, according to lawyers.

He is accused of leading a team of sellers promising 120 per cent returns on US$20,000 accounts invested in foreign currencies. The bogus Exential trading scheme was shut down by the Economic Development Department last year.

Private investigators at UK firm Carlton Huxley, who are working on behalf of 30 clients – most of whom Emirates cabin crew – claim a second fund offering similar returns could have more victims.

UTMarkets is a UK-run website with offices in Bulgaria offering investors the chance to trade Forex and other commodities.

“Our lead investigators have established that some people involved in Exential may also be connected with UTMarkets,” said John Rynne, a director of Carlton Huxley.

“Carlton Huxley has been retained by a number of clients to look into the conduct of those involved in UTMarkets.

“We are working with the Bulgarian law firm New Balkan Law Office along with authorities in the UK and Bulgaria.”

The UTMarkets website makes similar profit promises to those of Exential, which left thousands devastated by debt.

The site, which remains active, offers an “unparalleled mix of forex and commodities brokerage services that’s easy to use and completely secure”.

“We have grounds to believe there are about 6,000 UTMarkets victims, 95 per cent of whom work for Emirates airline,” said one of the UK investigators, who has visited Dubai several times to interview account holders of both schemes.

“We are keeping the legal department of Emirates informed and have identified people who appear to have been actively involved with Exential who are also involved in UTMarkets.”

Asif, an Emirates ground crew employee from India who has been in Dubai for 11 years, borrowed about Dh110,000 to invest in UTMarkets in January 2016. He earns Dh15,000 a month.

He was paid about Dh7,000 a month for five months, but was encouraged to reinvest most of that by relationship managers working from an office in Sofia, Bulgaria.

“I had heard of Exential for years, but had not invested,” he said.

“I was hoping to plan for my future with my wife, and heard Exential account holders were having problems, so invested with UTMarkets instead. They were offering almost twice as much in monthly returns.

“My friends and colleagues at Emirates persuaded me that UTMarkets was a better investment.”

He claims many who lost out through Exential ploughed more money from loans and credit cards into the UTMarkets funds in an attempt to recover their initial deposits.

Asif, who took no financial advice before handing over the cash, said he is owed about Dh84,500 from UTMarkets and was kept informed by his relationship managers via a What’sApp group that is no longer posting.

“There are a lot of people in Dubai with big financial commitments to this. The conversation with UTMarkets stopped when they stopped paying out each month. The account managers have all now disappeared. It’s hard to know if the trading information they were giving us was real, or fake.”

Carlton Huxley is planning a series of free to attend educational seminars later this year in Dubai to warn about the dangers of investing in similar schemes.