The US$200 million investment scam; hunt is on 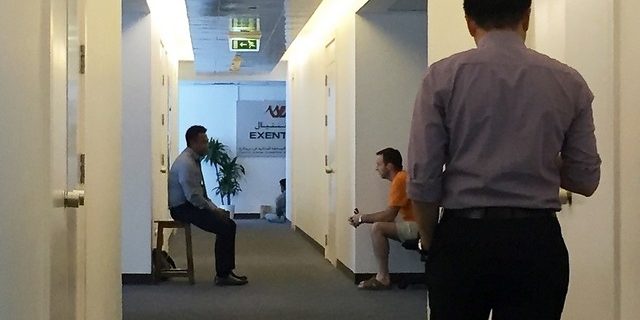 Investigators looking into a financial scam that took Dubai residents for tens of thousands of dollars have shifted their focus to recovering about US$200 million (Dh734.5m).

The sum is believed to have been siphoned from a Dubai branch of Exential, an ­operation that targeted airline cabin crew and offered ­substantial returns on $25,000 investments.

Field officers of Carlton Huxley, a private British legal company that investigates fraud, are in Australia, India and the British Virgin Islands as part of a widening operation to help recover funds from the scam.

Details of the fake foreign exchange currency operation in Media City were uncovered by The National in January last year.

The fund offered 120 per cent returns on a $25,000 investment but the money vanished.

Many airline crew members caught up in the turmoil fell into debt.

The first court judgments ruling in favour of investors were made last October, and more followed last week.

One of the scheme’s main protagonists, Indian national Sydney Lemos, is in custody awaiting trial. He will face criminal charges for his alleged role in the scam.

“It is better for all of us to reach an agreement, for them and our clients,” said Dina Assar, a lawyer for more than 10 clients with about 40 accounts. She works for Mohammed Al Dahbashi Advocates and Legal Consultants.

“We have won all the cases we have presented so far, and in five of those we have reached the execution stage.

“We are now investigating the property and assets of the company. So far, we have not been able to find any of the money in the UAE, as it all now seems to be outside of the country.”

One client represented by her firm has 10 accounts and is facing losses exceeding Dh250,000.

Allegations persist regarding the involvement of cabin crew in the scheme.

The Exential scheme bears similarity to UTM Markets, a forex scam run from Bulgaria and Britain. That was closed down last year and hundreds of investors, mainly airline cabin crew, were left out of pocket.

It is becoming a familiar operation in the UAE, according to legal expert Bill Ferguson of Carlton Huxley, who investigated both scams.

“A common tactic sees a British firm set up and registered under the Financial Conduct Authority with an official address to add credibility,” Mr Huxley said.

“A spin-off company is then set up in Dubai under the blanket name and begins targeting certain demographics, in the case of Exential and UTM, cabin crew.”

Mr Ferguson said other schemes went after teachers or oil industry workers by encouraging friends and colleagues to invest. “When people try to recover their money, they go to the FCA-registered company, which then points the finger at the Dubai company. Investors are left wondering which person or company is liable,” he said.

The problem facing UAE lawyers is how to access Exential’s funds outside the country, said John Rynne, director of Carlton Huxley.

“Our investigators are working with parties and the authorities in Dubai, UK and Australia to locate assets that can be recovered,” he said.

“There are at least 20 American investors who have also lost substantial funds. Because the transactions were completed in dollars, that is under the auspices of the Secret Service, who are solely responsible for securing national finance.

“To have recruited American citizens, the schemes should have been registered with the US Securities and Exchange Commission.”