In 2015, gross inland energy consumption, which reflects the energy quantities necessary to satisfy all inland consumption, amounted in the European Union (EU) to 1 626 million tonnes of oil equivalent (Mtoe), below its 1990 level (-2.5%) and down by 11.6% compared to its peak of almost 1 840 Mtoe in 2006.

Accounting for nearly three-quarters of EU consumption of energy in 2015, fossil fuels continued to represent by far the main source of energy, although their weight has constantly decreased over the past decades, from 83% in 1990 to 73% in 2015. However, over this period, EU dependency on imports of fossils fuels has increased, with 73% imported in 2015 compared with just over half (53%) in 1990. In other words, while in 1990 one tonne of fossil fuels was imported for each tonne produced in the EU, by 2015 three tonnes were imported for each tonne produced

These figures are issued by Eurostat, the statistical office of the European Union, and are complemented with an article on energy saving in the EU.

Less than half of the energy consumption from fossil fuels in Sweden, Finland and France 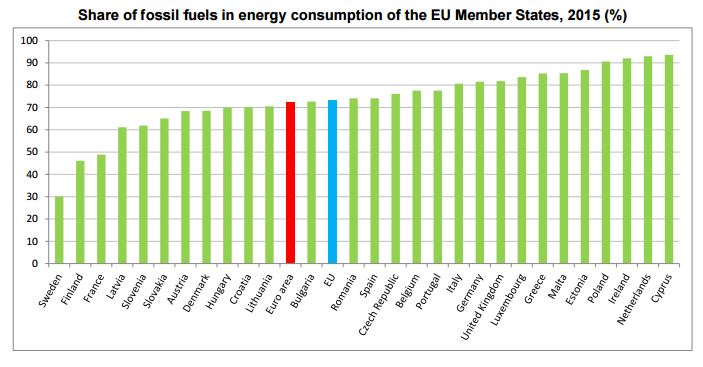 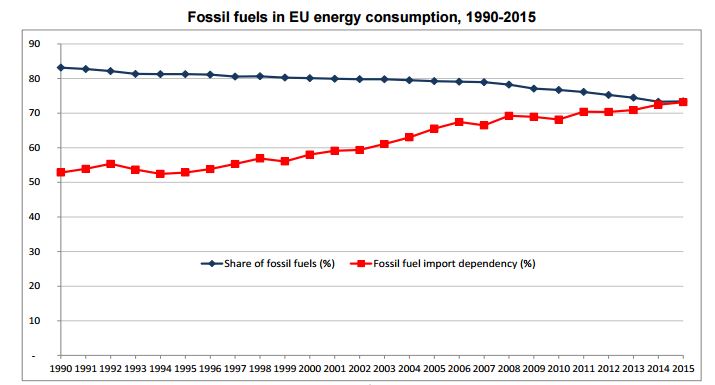 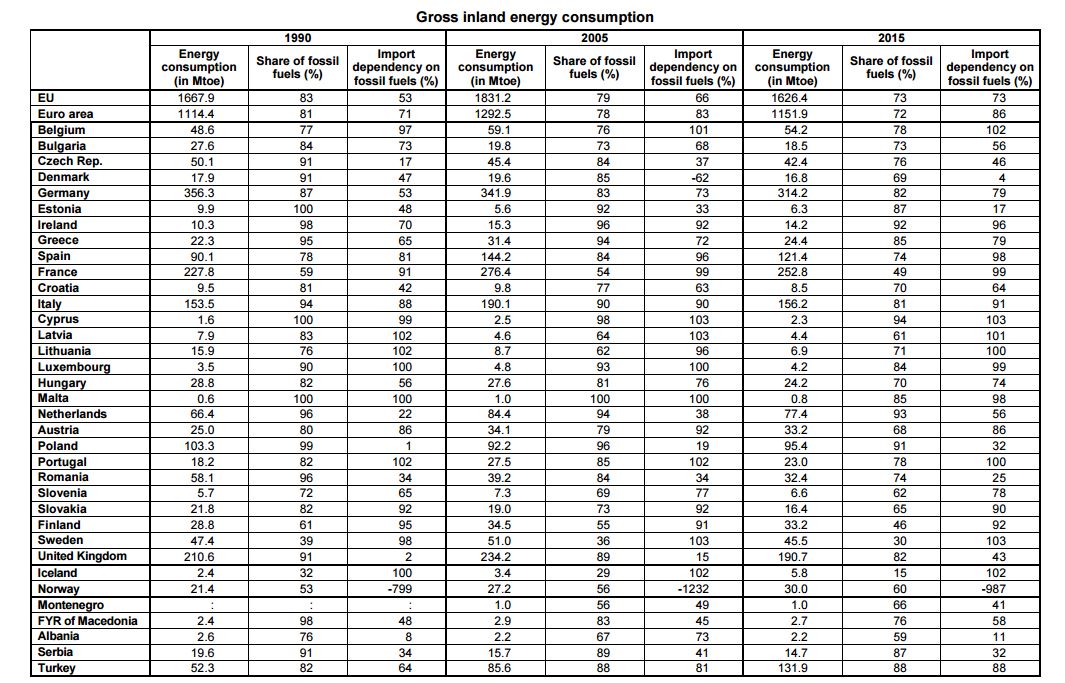