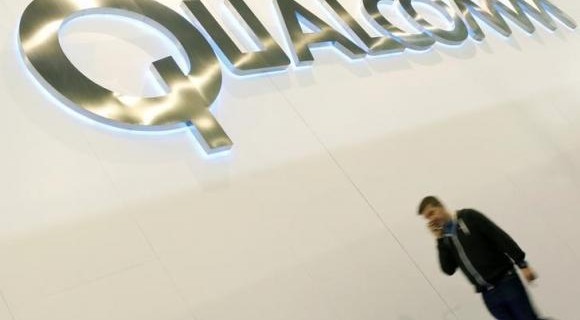 Apple Inc. sued Qualcomm Inc. in a U.K. court, adding to lawsuits across the globe in a sprawling battle over patents and licensing fees between the iPhone developer and the largest designer of mobile phone chips.

The lawsuit, dated March 2, cites a claim on patents and registered designs. Court records don’t give further details on the patents involved or the company’s arguments. Qualcomm representatives didn’t respond to a request for comment.

Apple is separately suing Qualcomm in California, accusing it of monopolizing the market for chips for wireless devices and withholding $1 billion in retaliation for cooperating with South Korean antitrust authorities.

At the heart of the dispute between Apple and Qualcomm is a push by phone makers, with support of some regulators, to reduce the patent royalties Qualcomm charges. Qualcomm gets the bulk of its revenue from selling chips, but more than half of its profit from a separate licensing business.

In response to a request for comment on Thursday’s legal filing, Apple referred to a statement the company issued when it filed the U.S. suit on Jan. 20, saying Qualcomm has for many years “unfairly insisted on charging royalties for technologies they have nothing to do with.”

“Qualcomm built its business on older, legacy, standards but reinforces its dominance through exclusionary tactics and excessive royalties,” Apple said in the January statement. “Despite being just one of over a dozen companies who contributed to basic cellular standards, Qualcomm insists on charging Apple at least five times more in payments than all the other cellular patent licensors we have agreements with combined.”

The lawsuits add to a U.S. Federal Trade Commission antitrust suit against Qualcomm and investigations by the European Union and Taiwan. South Korea fined the company 1.03 trillion won ($902 million) in December over practices it said were monopolistic.

“It’s not surprising in big global cases for there to be parallel litigation that breaks out in many different jurisdictions,” said Sophie Lawrance, a partner specializing in competition law at Bristows LLP in London. “This one is perhaps slightly different, in that it seems to be Apple that’s bringing all the actions. A more typical patent case would be for company A to file” cases in some countries “and then company B counter sues” in others.