What Europeans want from EU to do 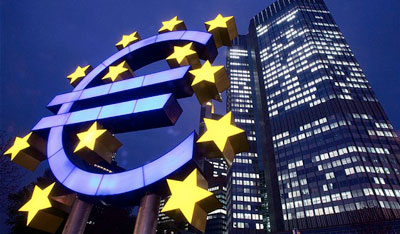 #Eurobarometer: Europeans reveal what they want the EU to do more on

Europeans increasingly realize the need for common solutions to the most pressing problems, yet question whether politics will be able to deliver, according to a new survey. The Eurobarometer survey, carried out in March, was commissioned by the European Parliament to get an idea of what people want. Check out our infographic to see in which areas people expect more from the European Union and read on for an overview of the survey’s main findings.

Europeans demand solutions from the EU

Most respondents think that Europe should do more to tackle a wide range of issues, from security, to migration and unemployment. Compared to last year, fewer Europeans think the EU is not doing enough regarding key areas such as terrorism, security, migration, tax fraud and unemployment, which could be because of the measures taken at EU level since then. Check out the infographic for details and a breakdown by member state.

Support for the EU is increasing

In general Europeans are more positive about the EU, with 56% of respondents saying that EU membership is a good thing, up four percentage points from September 2016. However, opinions vary widely between countries:  only about a third of Czechs, Greeks, Italians and Croats share this opinion.

More people are paying attention to EU politics, with 57% expressing interest in EU affairs, compared to 54% in September 2015. Now 43% of respondents are saying that they feel their voice counts in Europe, up six percentage points from last September. Yet even more people (53%) say they don’t feel heard at the EU level. At national level, things look better: 63% agree that their voice counts in their own country, and only 35% disagree.

Overall, many people (50%) think the EU is heading in the wrong direction, but less than before (last September 54% of respondents still felt this way).

More support for a multi-speed Europe

In the debate on the future of Europe, the idea that some countries should be allowed to pull ahead of others is gaining popularity. Some 49% of respondents support such an approach, up from 41% in September 2015. The share of people saying all countries should move forward with the same speed is down to 41% from 48% in September 2015. Opinions differ significantly from one member state to another, so the debate seems far from settled.