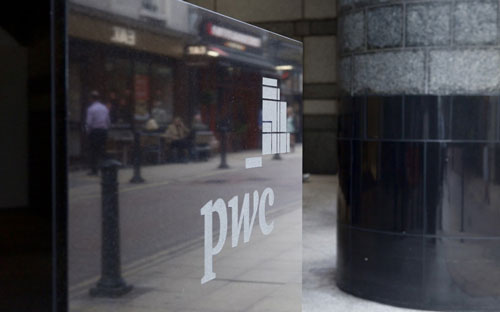 Ukraine’s central bank said on July 20 that it had withdrawn the bank auditing rights of PwC after the international accounting firm failed to identify alleged improprieties that led to a $5.5bn capital shortfall at the country’s largest lender PrivatBank.

PwC audited PrivatBank from the mid-1990s until it was nationalised last December after government claims of billions in related-party lending.

The National Bank of Ukraine (NBU) said it had removed PwC’s local unit from the register of accounting firms authorised to audit banks because of “PwC Audit LLC’s verification of misrepresented financial information in the financial statements of [PrivatBank]”, the regulator said in a statement.

“The audit report issued by PricewaterhouseCoopers Audit LLC failed to highlight the credit risk exposure faced by PrivatBank, which led to the bank being declared insolvent and nationalised, with substantial recapitalisation costs borne by the state,” the NBU added.

PwC’s local unit can apply for the right to again audit banks after a period of three years, an NBU spokesperson said.

Describing the group as “very disappointed”, PwC said it will “examine all options for reversing this decision and remains committed to the Ukrainian market”.

PwC maintained that the group had “performed its audit of PrivatBank’s 2015 financial statements in accordance with international auditing standards”, including “a qualification in respect to related-party transactions”.

“The 2016 financial statements also show that the events which took place after we signed the 2015 accounts may have had a significant impact on PrivatBank’s financial status,” it added.

The NBU’s move came soon after the regulator warned PrivatBank’s former owners, billionaires Ihor Kolomoisky and Hennadiy Boholyubov, that they faced potential confiscation of assets of after missing a July 1 deadline to voluntarily restructure related-party loans.

Ukrainian authorities announced PrivatBank’s nationalisation last year after its failure to fulfill a three-year recapitalisation programme agreed in February 2016. According to the NBU, the hole in the lender’s balance sheet as of early December stood at UAH148bn ($5.6bn).