What is an Initial Coin Offering (ICO)? 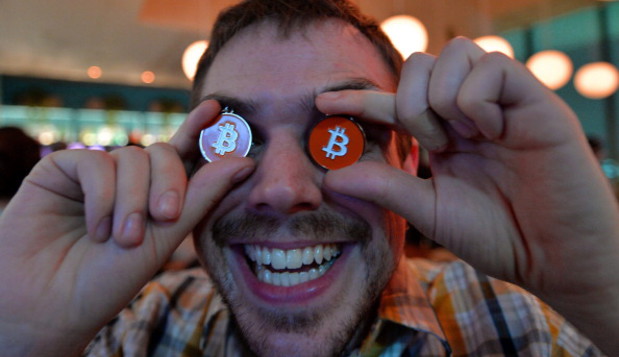 Initial coin offerings have come out of nowhere in 2017 to become the talk of Silicon Valley and Wall Street. Programmers have raised over $3.2 billion this year by selling their own virtual currencies to investors. That is 3,000 percent more than the amount raised using coin offerings in 2016.

What is an initial coin offering?

Coin offerings are a way for start-ups or online projects to raise money without selling stock or going to venture capitalists — essentially a new form of crowdfunding.

“Promising to build” is the operative phrase here, because in almost every case the services that will supposedly make these coins valuable have not yet been finished.

What does this have to do with existing virtual currencies?

These coins are generally inspired by older virtual currency systems like Bitcoin or Ethereum, with a cap on the number of coins that will exist — to provide a sense of goldlike scarcity — and a structure that allows them to operate entirely outside the existing financial and regulatory ecosystem.

Investors generally buy the new coins by sending the programmers Bitcoin or Ether (the virtual currency inside the Ethereum network). What’s more, many of the coins are stored, moved around and enabled by other Ethereum technology.

But the coins sold in coin offerings are meant to exist independent of Bitcoin and Ethereum, with their own free-floating value.

Is there a relation to initial public offerings of shares in a company?

The name for coin offerings was clearly inspired by the initial public offerings that companies do to sell stock to investors. But unlike stock offerings, coin offerings are generally designed so that investors don’t get an ownership stake in the start-ups. If the coin does provide an ownership stake, the Securities and Exchange Commission has said, the companies must comply with all securities law. A few coins have done this, but most have tried to avoid it.

Investors can contribute as much or as little money as they want in these offerings, which are generally more like crowdfunding campaigns that new projects do on Kickstarter or Indiegogo.

Why would anyone pay for these coins?

In principle, people buy these coins because they want to use the services on which the coin will be used. So far, though, almost none of the services have been completed.

In the meantime, people are buying coins because they are hoping the value will go up. When the Stratis token was released in July 2016, it was worth seven-tenths of a penny. In the fall of 2017, each of those tokens was trading for around $2.95, a 42,000 percent increase.

After the initial coin offering, when the programmers sell their tokens for a set price, coins are traded on third-party exchanges through open-market bidding — similar to the way stocks are traded and priced after an I.P.O. The programmers who created the coins generally keep a large stash of coins so that they also benefit if the price goes up.

The people betting on the price of these tokens are generally betting that the services promised by the programmers will be completed, creating demand for the coins in the future.

Why aren’t these start-ups raising money through venture capitalists?

The most obvious reason to do a coin offering is that you can raise more money than you ever could from venture capitalists. The most valuable virtual-currency company that was funded with venture capital, Coinbase, raised $100 million this year, five years after it was founded. The same day that was announced, Filecoin, which doesn’t even have a working product, announced that it had raised over $200 million.

Another plus: Start-ups that raise money through coin offerings don’t have to give away ownership of their technology to outside investors.

Some programmers look to coin offerings because they can raise money for projects that venture capital won’t fund. Specifically, coin offerings can provide funding to build open-source projects that in the end no one will own, the way that no one owns Bitcoin or Ethereum. Filecoin’s cloud storage network, for instance, would be operated by its users rather than any central company.

How do you create your own virtual currency?

It is easier than it seems. The software behind Bitcoin and Ethereum is open source, which means that anyone can take the computer code and tweak it to create a virtual currency with slightly different characteristics. There are companies that will do this for you if you are not technologically adept. Convincing people that your new coin will have value is the harder part, and many coins that are released never grow to be worth anything.

Some companies have gone the more complicated route of creating their own new software for their coins, with qualities that are very different from Bitcoin and Ethereum.

Who can invest in coin offerings?

Anyone who has Bitcoin or Ether and is willing to send their money to the creators of a coin offering.

China and South Korea have said it is illegal.

In the United States and many other countries, regulators have said some coins should be categorized as securities, like stocks and bonds. If a coin is categorized as a security, it has to follow all relevant securities law, such as registering with the authorities and ensuring that people buying the coins are properly accredited and vetted. Suffice to say, essentially no coin offerings have followed these rules.

Many people are waiting for regulators to crack down. Some are expecting that the first targets will be the exchanges where the coins are traded.

What happens if the programmers never build what they promise?

Investors don’t have much recourse. The most likely outcome will be that the investors will lose the money they put into the project, though people may try to sue.

What do real investors think of this?

A number of prominent Silicon Valley investors have argued that coin offerings could provide a way to build open-source projects that would not have otherwise received support.

Some big names think this will lead to a new generation of open-source internet protocols and loosen the control of big companies like Google and Facebook.

Chris Dixon, a partner at Andreessen Horowitz, has argued that “by enabling the development of new open networks, tokens could help reverse the centralization of the internet, thereby keeping it accessible, vibrant and fair, and resulting in greater innovation.”

But even sophisticated enthusiasts believe that almost all of the companies currently raising money through coin offerings will fail and lose money for their investors — and probably should not happen in the first place.

“Right now, with all of the enthusiasm for crypto assets out there, I am very concerned that nobody is being careful about anything,” Fred Wilson, a partner at Union Square Ventures, wrote on his blog.