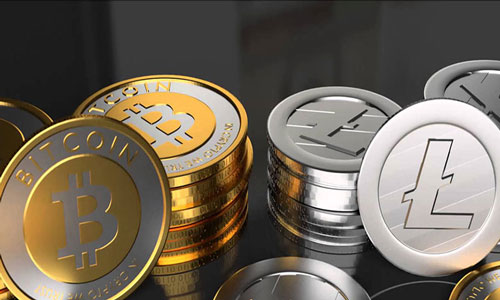 Cryptocurrency is a digital currency with no physical form or intrinsic value, but is an increasingly hot commodity as Bitcoin, its most well-known iteration, flirts with a record high.

Bitcoin, the self-proclaimed original decentralized digital currency, is hovering around US$8,000 as investors pour into alternative currencies.

Many other types of cryptocurrencies exist, including Monero and Litecoin. These digital currencies are decentralized, meaning there is no third-party authority like a bank that oversees activity, and transactions happen directly between two individuals. This offers some benefits, such as lower fees and global use.

Cryptocurrencies rely on blockchain technology. The blockchain is a public ledger of the currency’s transactions.

Generally speaking, there are two ways to obtain cryptocurrencies: A person can purchase units on an exchange, or they can participate in cryptocurrency mining.

Miners secure cryptocurrency networks. They receive new issues of the currency for verifying transactions, which are then recorded on the blockchain.

Miners run software that can require special hardware, like asic chips — designed for Bitcoin mining. Their computers solve complicated math problems in exchange for new issues of the currency. A mathematical proof of work, created by trying billions of calculations per second, is required to confirm a Bitcoin transaction. The more puzzles a miner solves, the more cryptocurrency they earn — incentivizing miners to participate and strengthening the overall system.

On Bitcoin’s network, the problems become more complex if they are being solved too quickly. As more miners joined the system and the problems grew very difficult, miners started to pool together to do this work.

Once purchased or mined, cryptocurrency lives in the individual’s digital wallet and can be used to purchase items online or at local stores that accept the currency.

The digital currency’s value is derived from demand. At the time of writing, one Bitcoin was worth roughly $9,800 (it is highly volatile), while Monero has yet to hit four-digit worth.