Next steps against fake news 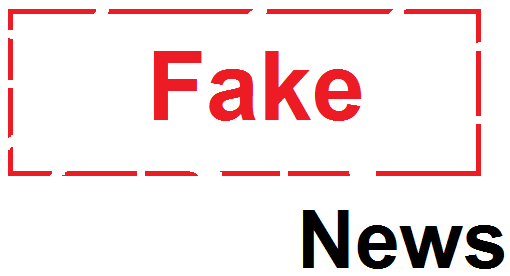 The work of the High-Level Expert Group as well as the results of the public consultation will contribute to the development of an EU-level strategy on how to tackle the spreading of fake news, to be presented in spring 2018.

First Vice-President Frans Timmermans said: “The freedom to receive and impart information and the pluralism of the media are enshrined in the EU’s Charter of Fundamental Rights. We live in an era where the flow of information and misinformation has become almost overwhelming. That is why we need to give our citizens the tools to identify fake news, improve trust online, and manage the information they receive.”

Andrus Ansip,Vice-President for the Digital Single Market, added: “We need to find a balanced approach between the freedom of expression, media pluralism and a citizens’ right to access diverse and reliable information. All the relevant players like online platforms or news media should play a part in the solution.”

Mariya Gabriel, Commissioner responsible for Digital Economy and Society, stated: “At the heart of my action lies the defence of citizens’ right to quality information which is a cornerstone of our democracies. I want to have an open and broad discussion about fake news to address this complex phenomenon in order to overcome the challenges ahead of us.”

Citizens, social media platforms, news organisations (broadcasters, print media, news agencies, online media and fact-checkers), researchers and public authorities are all invited to share their views in the public consultation until mid-February. It will gather opinions on what actions could be taken at EU level to give citizens effective tools to identify reliable and verified information and adapt to the challenges of the digital age.

The contributions are expected in three main areas:

This consultation only addresses fake news and disinformation online when the content is not per se illegal and thus not covered by existing EU or national legislative and self-regulatory actions.

The Commission is inviting experts to apply for the High-Level Group on fake news to advise the Commission on scoping the phenomenon, defining the roles and responsibilities of relevant stakeholders, grasping the international dimension, taking stock of the positions at stake, and formulating recommendations. As far as possible, the group should include several representatives of each field of expertise, be it academia or civil society delegate. The Commission aims at a balanced selection of the experts.

The call for application is open until mid-December. The High-Level Expert Group is expected to start in January 2018 and will work over several months.

Online platforms and other internet services have provided new ways for people to connect, debate and to gather information. However, the spread of news intentionally misleading readers has become an increasing problem for the functioning of our democracies, affecting peoples’ understanding of reality.

On 17 and 18 November 2016, the Commission hosted its second Annual Colloquium on Fundamental Rights, on the topic of “Media Pluralism and Democracy”. A Eurobarometer survey published on 17 November 2016 showed that European citizens are worried about the independence of the media, and levels of trust in media are low.

In his mission letter, President Jean-Claude Juncker tasked Commissioner for the Digital Economy and Society Mariya Gabriel to look into the challenges the online platforms create for our democracies with regard to the spread of fake information and initiate a reflection on what would be needed at EU level to protect our citizens.

In June 2017, the European Parliament adopted a Resolution calling on the Commission to analyse in depth the current situation and legal framework with regard to fake news and to verify the possibility of legislative intervention to limit the dissemination and spreading of fake content. The Commission has confirmed that this is a priority and has included the initiative against fake news online in its 2018 Work Programme.