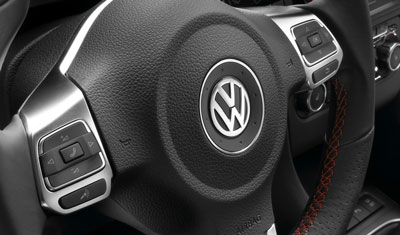 The law firm acting for around 10,000 Volkswagen (VW) customers whose cars were fitted with defeat diesel devices has urged more claimants to join what could be the largest-ever class action.

Your Lawyers is currently acting for around 10,000 VW consumers who are suing the car maker over its role in the 2015 emissions scandal, in which devices designed to cheat emissions tests were installed in certain models to artificially lower levels of nitrogen dioxide.

Nearly 45,000 motorists teamed up in a class action lawsuit at the end of last year, with Slater and Gordon also representing a bulk of the claimants.

On Tuesday, the firm will apply for a group litigation order, which permits claims to be managed collectively, meaning that more claimants could join the action against VW. Your Lawyers estimates that there are 1.2 million potential claimants in the UK, none of whom have yet received compensation.

The deadline for claims is likely to be in November 2018 for anyone who bought or leased a diesel vehicle manufactured by the VW group, including VW, Audi, SEAT or Skoda, between 2009 and 2015.

The emissions scandal erupted in 2015 when it was discovered that cars manufactured by VW had been equipped with software to evade tests, with around 1.2m cars in the UK affected, and 11m worldwide. Some of the affected vehicles in the US have been found to produce 40 times more NOx than permitted.

Aman Johal, the lawyer acting for the claimants, is seeking to be appointed as lead solicitor in the pending class action. He said: “It is time that victims of Volkswagen’s emissions scandal achieve justice and that their voices are heard. Millions of people have been subject to harmful emissions, and consumers have lost money as a result of the scandal.

“We are working hard to seek damages for claimants in the UK who are yet to receive anything, unlike their US counterparts, where Volkswagen agreed a $25bn (£15.4bn) settlement with owners, regulators, states and dealers.

“Once we have an agreed deadline, we urge claimants to stand up and put forward their cases to finally get the recognition and compensation they deserve.”