In 2017, about 3.1 million first residence permits were issued in the European Union (EU) to non-EU citizens. The number increased almost by 4% (or 112 000) compared with 2016. Employment reasons accounted for almost one-third (32%) of all first residence permits issued in the EU in 2017, family reasons for 26%, education reasons for 17%, and other reasons, including international protection, for 24%. 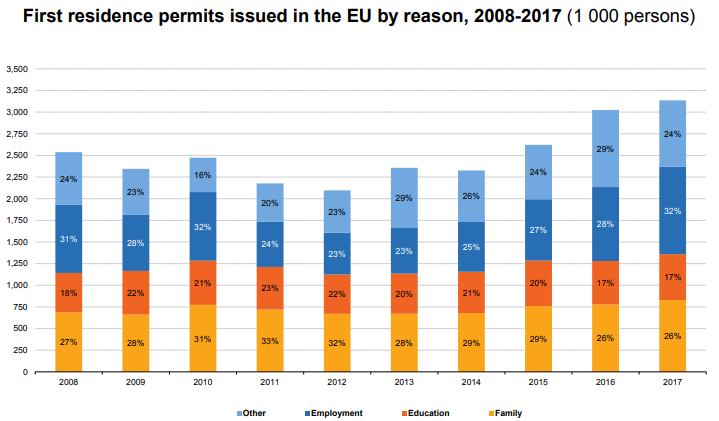 The source dataset can be found here. 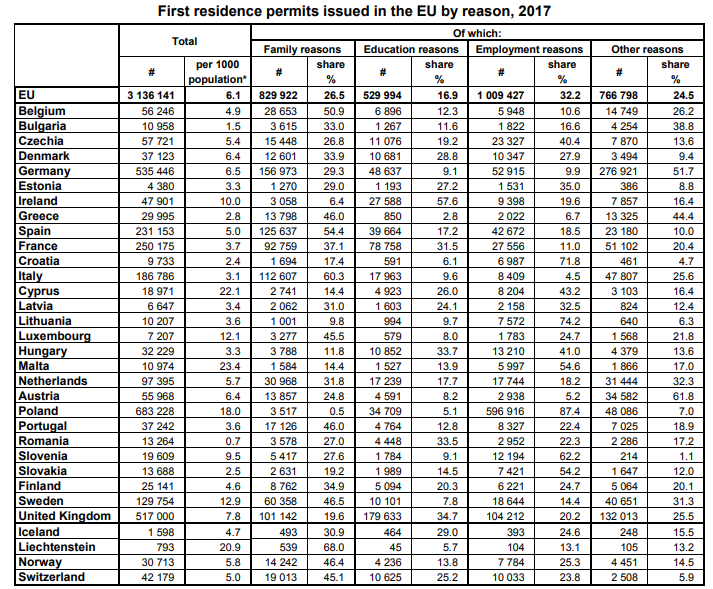 * Refers to the average resident population 2017.
The source dataset can be found here.

For employment in Poland, for education in the United Kingdom

Half of residence permits granted to seven citizenships

Ukrainians for employment, Chinese for education and Moroccans for family reasons

These administrative data on residence permits in the EU are complemented with an article issued by Eurostat, the statistical office of the European Union.