Contingent liabilities and non-performing loans in the EU Member States 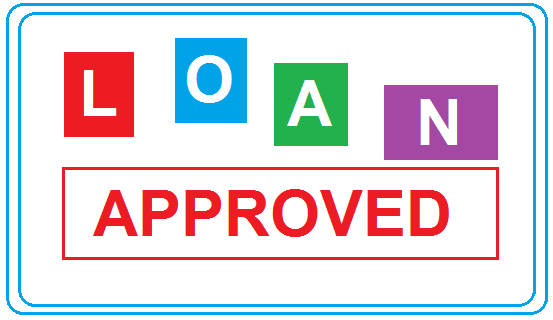 Data on contingent liabilities and non-performing loans of EU governments for the year 2017 have been published by Eurostat, the statistical office of the European Union.

This publication includes data on government guarantees, liabilities related to public-private partnerships recorded off-balance sheet of government and liabilities of government controlled entities (public corporations) classified outside general government. Contingent liabilities are only potential liabilities. They may become actual government liabilities if specific conditions prevail. Similarly, non-performing loans (government assets) could imply a loss for government if these loans were not repaid. Thus, this data adds further transparency of public finances in the European Union by providing a more comprehensive picture of potential impacts on Member States’ financial positions.

High level of government guarantees in Finland and Austria

The most common form of contingent liabilities are government guarantees on liabilities and occasionally on assets of third parties. The highest rates of government guarantees were recorded in Finland (32.0% of GDP) and Austria (15.8%) followed by Germany (13.3%) and Luxembourg (12.2%). The lowest shares, with less than 1%, were noted in Slovakia (0.02%), the United Kingdom and Czechia (both 0.2%), Bulgaria (0.3%) and Ireland (0.5%). In most EU Member States, the central government is the biggest guarantor, except in Sweden, Denmark and Czechia, where levels of local government guarantees are higher than of central government. In several countries – Belgium, France, Hungary, Ireland, Luxembourg and Spain – a major part of the guarantees is towards financial institutions and were often granted by government in the past in the context of the financial crisis.

In all EU Member States, liabilities related to off-balance public-private partnerships (PPPs), which are long-term construction contracts where assets are not recorded in government accounts, were below 3% of GDP. Slovakia had the highest share (2.9% of GDP), followed by Portugal (2.7%), Hungary (1.5%) and the United Kingdom (1.4%). For 2017, ten countries reported no liabilities related to off-balance PPPs: the Netherlands, Bulgaria, Czechia, Germany, France, Luxembourg, Poland, Romania, Slovenia and Sweden. In many EU Member States, the off-balance PPPs were observed at the central government level, whereas in Austria, Belgium and Spain, they were notably related to state government. In five countries – Croatia, Estonia, Finland, Latvia and Italy – the off-balance PPPs were exclusively undertaken by the subsector of local government.

The level of liabilities of public corporations classified outside general government differs widely in the EU Member States. There is a group of countries with significant amounts of liabilities such as Greece (119.6% of GDP), the Netherlands (102.7%), Germany (91.7%), Luxembourg (82.5%) and Cyprus (74.8%). The main reason for the high level of these liabilities is that the data include government controlled financial institutions, among other public banks. Most of these liabilities consist of deposits held in these public banks by households or by other kinds of private or public entities. It should be noted that, in general, financial institutions report high amounts of debt liabilities, however they also have, at the same time, significant level of assets, which are not captured in this data collection. At the opposite end of scale, overall small amounts of these liabilities are recorded in Slovakia (5.7% of GDP), Romania (6.7%), Lithuania (6.8%) and Croatia (9.9%). Most of these countries have negligible liabilities related to financial institutions, even below 1%, as in Lithuania (0.1%) and Slovakia (0.3%).

Slovenia has the highest stock of non-performing loans (asset) of general government. It stands at 4.0% of GDP, ahead of the two other EU Member States that recorded a share higher than 1%: Portugal (1.3%) and Czechia (1.1%). For Slovenia as well as for Portugal and Ireland, the majority of non-performing loans refer to loans of financial defeasance structure(s) which are classified in the general government sector. In the case of the Czechia, the figure mainly refers to the loans of national development banks classified in general government and to intergovernmental loans. Data are not yet available for three countries – Belgium, Croatia and France.

Methods and definitions
Data on contingent liabilities and potential obligations of government are provided by the EU Member States in the context of the Enhanced Economic Governance package (the “six-pack”) adopted in 2011. In particular, Council Directive 2011/85 on requirements for budgetary frameworks of the Member States requires the Member States to publish relevant information on contingent liabilities with potentially large impacts on public budgets, including government guarantees, non-performing loans, and liabilities stemming from the operation of public corporations, including the extent thereof. Contingent liabilities are not part of the general government (Maastricht) debt, as defined in the Council Regulation (EC) No 479/2009 of 25 May 2009 on the application of the Protocol on the excessive deficit procedure annexed to the Treaty establishing the European Community.

Revision and timetable
Revised data for past years are available in Eurostat database, along with explanatory information on revisions and/or major changes between 2016 and 2017 figures.