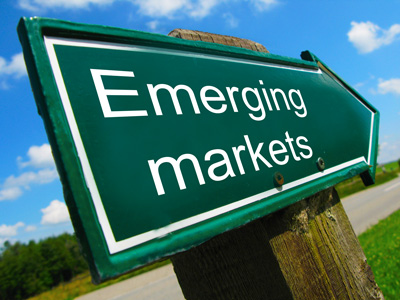 Emerging-market stocks rose to a one-month high on Thursday after the United States and China agreed to a new round of trade talks. South Africa’s rand rose for a third straight day on optimism about its economic growth.

The United States and China will hold trade talks in early October in Washington, China’s Commerce Ministry said , in an effort to resolve a trade war has hit supply chains world-wide and curbed growth in major economies.

“Locking down a date for high-level talks is a positive step and is in line with our expectations as both sides try to avoid significantly increasing tariffs,” said Mark Haefele, chief investment officer at UBS Global Wealth Management.

“However, we still don’t expect a deal to be reached before the 2020 U.S. presidential elections, and our base case is for a prolonged period of trade tensions.”

Outside Asia, stocks gained around 0.5% each in Johanneburg , Moscow and Istanbul.

Hong Kong stocks retreated, though, after rising 4% the day before, when the government withdrew a controversial extradition bill in hopes of resolving the city’s political crisis.

Demand for riskier assets helped developing-world currencies as well. The Chinese yuan gained to a two-week high and the trade-dependent South Korean Won rose 0.4% to a one-month high.

The South African rand reached a four-week high after better-than-expected growth figures were released earlier in the week.

The Turkish lira fell after rallying for more than four days. President Tayyip Erdogan set a target on Thursday of 5% for economic growth in 2020 and called for interest rates to fall further.

A Reuters poll showed this week that high-yielding emerging- market currencies like the rand could pare this year’s losses over the next 12 months if monetary stimulus shows up in time .

A separate poll found most central European currencies will gain against the euro in the next 12 months, if global markets remain calm and the euro zone and the United States ease monetary policy.