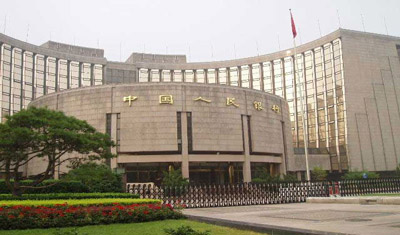 Li Wei, the head of technology for the People’s Bank of China, the central bank, said on Monday that commercial banks should increase their use of blockchain technology, the backbone of digital currencies.

Researchers at China’s central bank have been exploring a potential digital currency since 2014, but the government has also kept a close eye on privately-developed cryptocurrencies. In 2017 it cracked down on the emerging initial coin offering (ICO) market.

“Up until now China has maintained very, very strong regulatory restrictions […] against private cryptocurrencies,” says Li Chen, an assistant professor of Chinese studies at the Chinese University of Hong Kong. “[Xi’s study session was] essentially a mechanism to signal the commitment of Chinese authorities in the development of blockchain technologies.”

The central bank is gearing up efforts to launch its digital currency amid global interest in the technology, spurred by Facebook’s embattled Libra project.

On top of the statements from bank officials, China’s parliament passed a cryptography law late last week that will take effect on Jan. 1 and aims to support research into blockchain technology as well as increase government regulation of such research.

“I think there’s a high chance that China will be among the first batch of global central banks to launch a digital currency,” says Li Chen, who researches regulation and financial development in China.

Zuckerberg’s false dilemma aside, both projects are blockchain-powered digital currencies, but they are not the same thing. Among other differences, China’s digital currency would be regulated by the central bank, which would function as the sole authority of the currency and have the power, for example, to freeze transactions.

Libra, since it is private, will not be regulated by a central bank, which Li says could raise concerns about money laundering, tax evasion, and “gray area transactions.”

In an inversion of Zuckerberg’s portrayal of China as a threat to U.S. financial leadership, the Chinese tabloid newspaper Global Times described Libra as a “potential threat” to China’s financial sovereignty that the central bank’s digital currency could safeguard against.

“China is very interested in blockchain technologies,” and encourages innovation in that field, Li says, “but they also want to limit the potential erosion of the state’s monetary sovereignty, financial regulations, and the potential instability caused by private cryptocurrencies.”

Libra, a private cryptocurrency, would also be able to function across borders. Sun Tianqi, chief accountant at SAFE, said on Monday that blockchain-powered financial technology could “bring a lot of illegal cross-border financial activities. This should be a matter of great concern to all countries, especially emerging markets.”