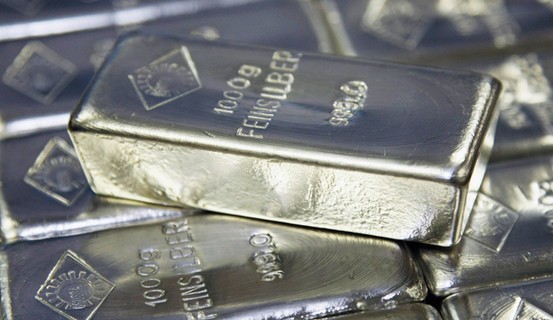 Silver is getting crushed in the pandemic-driven flight to safety — which might have created one of those blood-in-the-streets opportunities that contrarian investors dream about.

To understand why, lets start with the gold/silver ratio. The relationship between the prices of these two monetary metals tends to fluctuate within a wide band running from 20 to 90. A high reading implies that fear is the dominant emotion in the market, sending money toward the safest safe haven, which is gold, and away from silver, which is more volatile and therefore riskier.

Historically, a gold/silver ratio exceeding 80 implies that silver is extremely cheap relative to gold and will outperform it going forward.

Where is the ratio now? An all-time record high of 104. 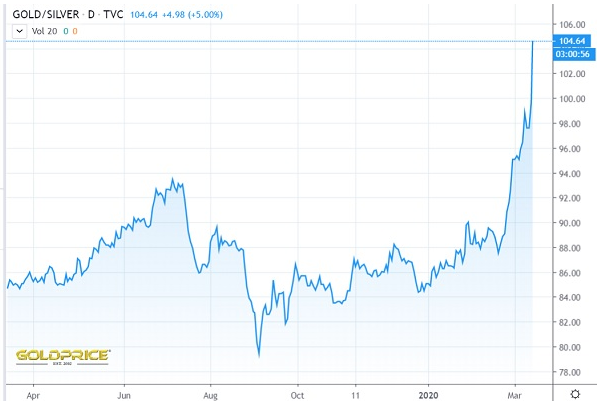 So…if past is still prologue — as always the big caveat in this world — silver at today’s price looks like a relatively low risk/high reward bet.

A lot of people seem to have the same idea, as silver eagle coin sales are through the roof:

“Our rate of sale in just the first part of March exceeds 300% of what was sold last month,” the U.S. Mint told its bullion distributors Thursday.